You’ve also probably heard some of his well known tracks such as “Until We Die”, “Settle Down”, “Geniuses & Thieves” and his most streamed EP to date with its title track “I Wouldn’t Know Any Better Than You”.

Born and raised in Singapore, the 24-year-old singer-songwriter has gone on to produce three albums and has performed across Korea, Hong Kong, Indonesia, and Malaysia. He is also the youngest English music recording artist to boast two sold-out concerts.

But that’s not all. Joel was also the first Singaporean music artist to be signed by Universal Music Group on a multi-rights deal. Also called 360 deals, this allows a label to profit from the artist’s concerts, albums, EPs, singles, product endorsements and more.

That said, the talented musician was also named in Forbes ‘30 under 30’ list for entertainment personalities in 2016.

Today he is back to being independent and looks to take his music worldwide through the release of his latest single, “Smile For Me”.

Curious on how Joel would be taking his music globally, we got in touch with him. Fortunately, the musician spared some time from his busy schedule to speak to Eksentrika.

Hey there Joel, first up: Why do you call yourself Gentle Bones?

Hello there, I was 17 when I needed an artiste name to upload my first ever demo with. I got together with a friend, and we came up with the name Gentle Bones together, and it’s stuck ever since. 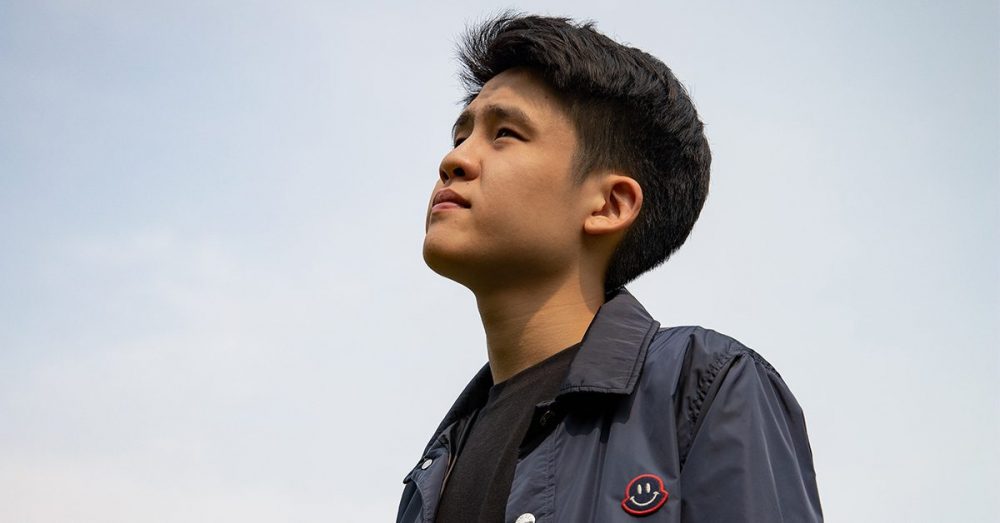 Your latest track ‘Smile for Me’ was inspired by the loved ones around you. What were some of the challenges you experienced creating this song?

The main challenge in writing this song was to write something that was both personal but yet widely applicable and encouraging in today’s culture-scape. I really wanted to write something that would encourage as many people as possible in exploring self-love and to seek answers from within, a topic that is easily brushed off these days. I gave myself the constraint of not allowing this piece of music to be a crutch for any emotion, whatsoever.

I feel like music has played this role as a crutch for a lot of people, so far. People tend to exaggerate their emotions through music, but as much as it helps you identify your emotions sometimes, it usually just dramatises everything. I look at my friends and people around me and I don’t think they need that kind of thing right now. So I gave myself that constraint and just worked with that.

The focus of your music has been on positivity. Why this direction?

We live in a world that keeps us wanting and teaches us to be unfulfilled. As artists, we struggle with being able to come up with honest pieces of work and at the same time handling ourselves in a not so honest society. But I think this applies to everyone out there as we are all the artistes of our own lives.

I think the best way to overcome this dissonance in the world is to go deeper within the self and practice self-love. I speak about this in my latest single “Smile For Me”. I think we can all start approaching music in a way that lifts people up. Focusing on the important things in life rather than sing about superficial things and living a life of decadence. 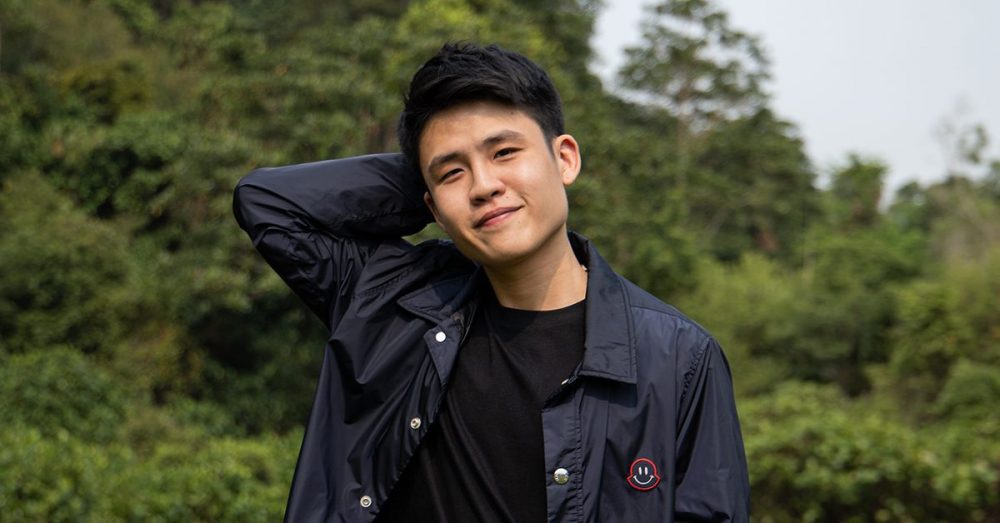 You were also the first Singaporean music act to be signed by Universal Music Group (UMG) on a multi-rights deal. Could you share some tips for budding musicians who’re looking at similar success?

Being the first Singaporean signed to UMG, it was definitely an opportunity I couldn’t miss! All I’ve ever wanted was for as many people to hear my music as possible, and UMG was a blessing!

I feel any new artiste should always focus on the music first and aim to have an influence similar to the artistes that influenced them to start pursuing music in the first place. This way, we can keep the positive energy going. Aiming for fame and attention is never the way, and it isn’t easy to not be tempted by these things, so go easy on yourself but always keep in your heart the lives you touch with your music.

You’re also the first youngest English music recording artist to achieve two sold-out concerts. How did you manage this feat?

The immense support from my listeners in Singapore, they’ve been so incredibly supportive throughout my entire journey and I’ve honestly been so blessed. At 16, I was in two bands before I started Gentle Bones and it’s been a really long journey for me. It’s almost as if I’ve lived many lives and i’m thankful for all the people that have supported me since day one.

How many hours do you put in to better your craft?

Everyday I am writing! I write about 5-10 songs a month, and I’m at this stage of my career where I really want to put out the best music possible, so I’m a little too picky right now which might not be a great thing. I’ll figure it out!

How can musicians better market themselves in this digital age? Any tips to share?

I think the most important thing is to work on the message that you intend to put out as an artiste. I’m still learning as I go, but I believe good music and an honest message always goes the distance!

*** All images in this post including header by Gentle Bones.