Filmmakers frequently watch films of other directors to get inspired. But what are some films that Malaysian filmmakers recommend?

We recently spoke to five local filmmakers who, turns out, watch a lot of movies on MUBI, the platform that is home to quality films you can stream for just RM10 a month.

We enjoy the film selections on MUBI too, so much so that we decided we should collaborate with MUBI to highlight some of their awesome offerings via this sponsored post.

Here are 13 great films recommended by Malaysian filmmakers that you can watch on MUBI right now.

Editor’s Note: Click on the titles of the films recommended by Malaysian filmmakers to immediately stream them on MUBI.

Kickflip by Khairil M Bahar might be the Malaysian filmmaker’s most personal work yet, Nadira Ilana, the founder of the award-winning production company, Telan Bulan Films, says.

Khairil, who wrote, directed, produced, and starred in the film, plays Johan, a photographer who has to take a low-entry job in advertising after being cheated by his studio business partner. His wife, played by his real wife, Eva Emmanyna, is expecting through the entire film. It’s during this time that Johan reignites his passion for skateboarding.

“Superb performances, brilliant storytelling crafted in black and white. It’s absurd that Malaysian English-language films can get dismissed not just locally but by festivals as well. Malaysians, brown people speak English. If people can get past that, Kickflip is a heartfelt, bittersweet film about jousting between the challenges of adult life and staying true to our inner child,” Nadira says.

“If you’re as obsessed with food history as I am, you’ll love this film that will transport you back in time,” Nadira, who creates films that uplifts contemporary indigenous and minority stories, says.

Kelly Reichardt’s film is set in 1820. An American pastry chef and a Chinese trader become friends and chance upon the first cow in Oregon. Milking the cow in secret, they go into business making baked goods to sell at their rugged outpost.

The film is based on Jonathan Raymond’s novel, The Half-Life.

The truth may not be much stranger than fiction in this spicy tale set upon Malaysia’s political landscape in Imran Sheik’s film.

Nadira, who is the director of The Silent Riot, a documentary on the 1986 Sabah riots that won the Best Human Rights Award at Freedom Film Fest, finds the casting of Daulat impeccable.

“Vanidah Imran sizzles in this House of Cards-esque Machievellian thriller. Tony Eussof is the closest thing we’ve had to having a Prime Minister from Borneo but one can dream! Malaysians have so much material in the news so hats off to director Imran Sheik for putting it to use.”

Cate Shortland’s films always give Nadira something to look forward to.

Since her university days, Sabah-born, Nadira has admired Shortland’s ability to create meaningful visuals, whether it’s indie or a big blockbuster.

You can catch Shortland’s indie production, Somersault on MUBI, something Nadira also recommends.

“Somersault is a rare, gentle, coming-of-age film from the perspective of Heidi, a 16-year-old girl exploring her identity and sexuality whilst simultaneously navigating the predatory male gaze.”

Nadira’s own films, which focus on telling contemporary indigenous and minority stories in an uplifting way, recommends the Filipino filmmaker because, “Kidlat Tahimik produced, directed and starred in this film about a jeepney driver who wants to go to space and ends up in Europe only to quickly become disillusioned by reality.”

“Instructions for a Light and Sound Machine is a psychedelic sound and sight experience,” Shanjhey says.

The entire avant-garde film, just 17 minutes long, is not technical but is purely based on emotions.

“Tscherkassky deconstructs and reconstructs Sergio Leone’s masterpiece, The Good, The Bad and The Ugly into a fascinating film to watch.”

Co-written and directed by Polish filmmaker Krzysztof Kieślowski, The Double Life of Véronique is Shanjhey’s balm whenever he’s feeling sad.

“Every time I feel down, I watch Kieślowski’s film and I feel happy,” Shanjhey says, adding that Kieślowski presents a very complex idea in a simple, humane way. In fact, Shanjhey is a big fan of Kieślowski.

“I have many complex ideas and have trouble presenting them. So watching Kieślowski, who is the master of telling people’s inner feelings in a visual way, I get inspired.”

Shanjhey also recommends other Kieślowski’s films such as Three Colours trilogy that you can watch on MUBI too.

“All of these footage were silent films but when you see the reconstructed version, it’s a surreal experience unlike any other,” Shanjhey shares.

State Funeral is a documentary film that’s a must-watch for lovers of history.

“It’s set in World War I and deals with lots of taboo issues that are still relevant and relatable today. The film is fast-paced and is a fun watch,” Shanjhey says.

Directed by Al Jafree Md Yusop, Mencari Rahmat is one of the films that Malaysian director Vimala Perumal recommends.

The director of critically-acclaimed films Vilaiyaatu Pasange and Vetti Pasanga finds Mencari Rahmat to be a well-crafted, well-performed, and well-directed film.

“Geared up by a strong script and performances, Mencari Rahmat is undeniably one of the best local films to come out in recent years.”

If there’s a great Malaysian comedy film from the 80s, this is it.

“Mekanik is definitely the finest Malaysian comedy film using a cynical approach yet affectionate and unpretentious. It’s worth watching if you want a light-hearted feel-good film that brings you back to how Malaysia was like in the 80s,” Vimala says.

The Indonesian filmmaker is famous for his work in the horror film genre and for Amir, rewatching the films has been a delight.

“I have had fun watching or rewatching the horror movies of Indonesian maestro Sisworo Gautama Putra. They are full of uncanny Nusantara nastiness and sexiness.”

MUBI currently streams one of Sisworo’s films, Srigala, a 1981 murder flick that might give you an inkling into Amir’s taste in film. 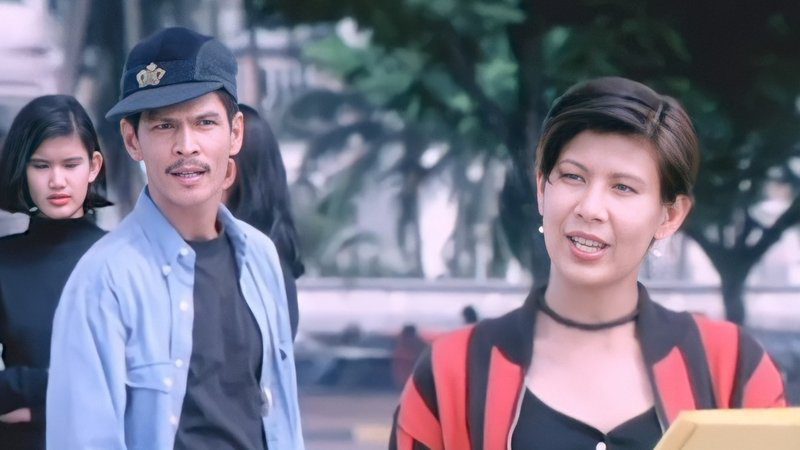 “If there was any film I would recommend to anyone to watch on MUBI – it would be Aziz M. Osman’s Femina,” Penang born and bred filmmaker Nadiah Hamzah tells us.

“It’s a testament to how great Malay films were in the 90s, especially with strong, badass female leads (something that barely exists today),” says the filmmaker, who The Hollywood Reporter hailed as “one to watch” following her debut feature, Motif.

All of these films and more can be streamed for only RM10 a month! Best part? Eksentrika’s readers get an exclusive 30-day free trial if you sign up for MUBI here.

Cover image for 13 Great Films Recommended By Malaysian Filmmakers You Must Watch sourced from Cineuropa and MUBI.