“Big show,” I said to my editor while looking at the list of cast and team members, feeling slightly intimidated about having to write about a musical for the first time.

‘Fame’ The Musical was originally conceived by David De Silva based on a book by Jose Fernandez in the 1980’s. This time, it is directed by Dominic Luk, co-founder of Monday Show Entertainment, and is currently running at the Kuala Lumpur Performing Arts Centre (klpac).

Based on an adapted version of the musical, Monday Show Entertainment collaborated with The Actors Studio Seni Teater Rakyat to re-live the pressure of being in a prestigious Performing Arts school. Much of the musical centered on the conflicts of taking part in several mediums that may not cater specifically to one’s talents, as well as the politics of being teenagers within it all. 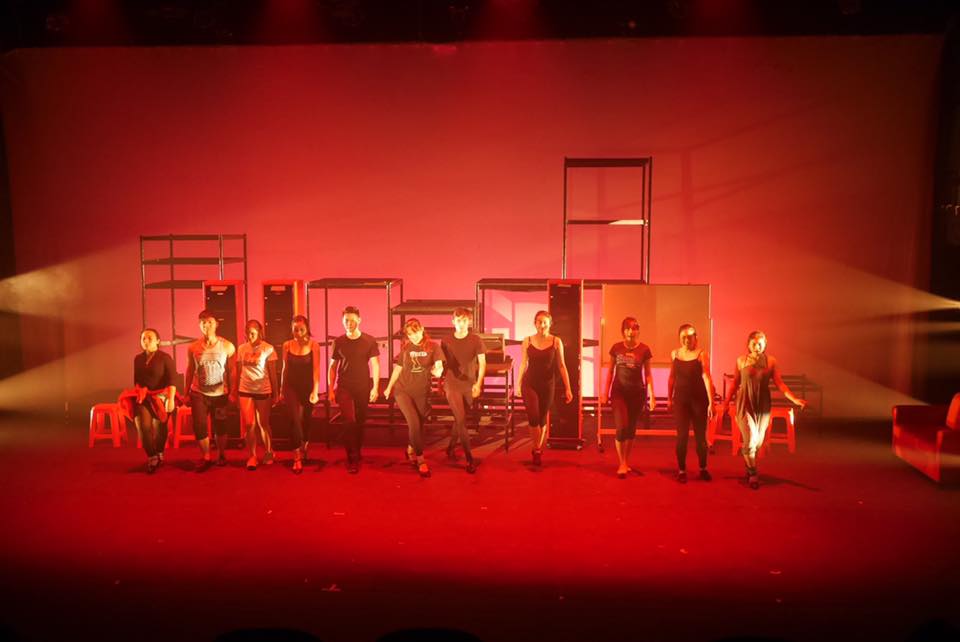 Using traditional ‘Fame’ The Musical numbers such as “I Want To Make Magic”, “Let’s Play A Love Scene” and “Think of Meryl Streep”, the musical follows closely the original plot which feature notable characters such as fame-obsessed Carmen, the bold and ambitious Serena, determined actor Nick, overweight dancer Mabel, and poor dancer Iris.

Shadows to live under. 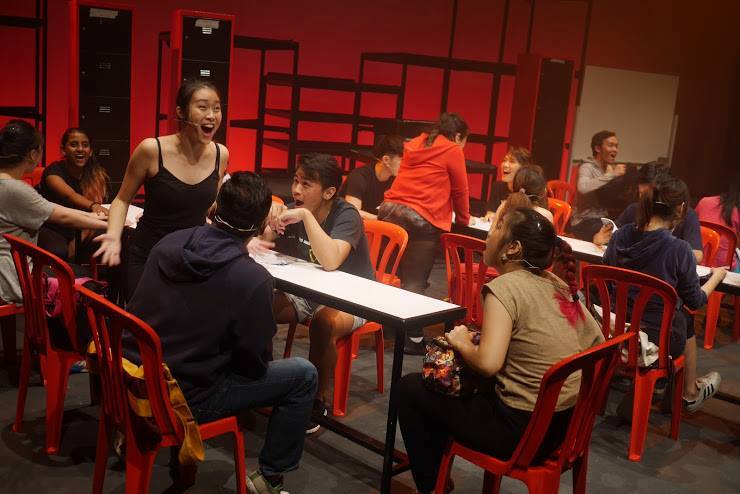 With twenty-two people on stage at a time, achieving Bollywood-like synchronicity in dancing would have been difficult, but it was achieved.

Moreover, in the first act of the show, the vocals of “Pray/Hardwork” gave me goosebumps.

Putting these two undeniably fundamental aspects of any musical together, it was obvious that the cast members of this production had worked very hard and very closely with their director as the attention paid to detail were significantly apparent.

This show did not exude years of experience. It is not the type of musical that would blow you away with actors that have their characters ingrained into all fibres of their being, nor will it tantalise you with a creative, un-predictable plot. 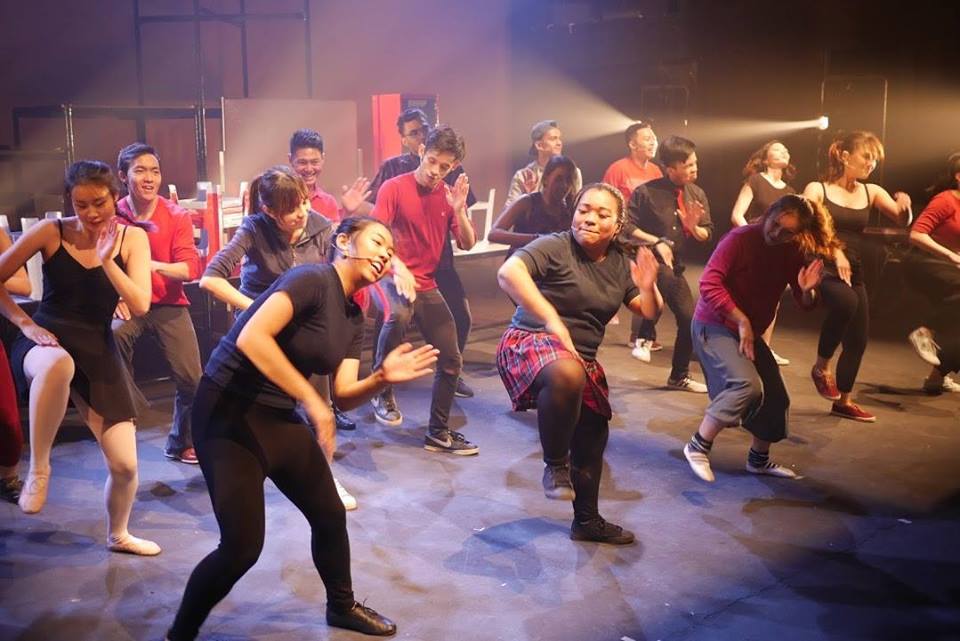 It will, however, charm you with the diversity of talents on stage who are still very much within the learning process.

Nevertheless, it is this inequity of talents within the cast members that reflects the theme of ‘Fame’ The Musical, which is growing together, making decisions and hard work.

Wei Ling, 29, who acts as Miss Esther in this musical explains, “This is one of the bigger shows we have done and it’s nice to see everyone improving so much. Some of them are totally new, for them to pull it off it is so nice to watch.”

For those who are still coming to grips with their interests with the performing arts, she advises, “It’s not too late for anyone to try, it is never too late. If you have any interest to be a part of theatre shows, you can always join. Anyone in any weather is welcome.”

The costumes and make up were simple and complimented the fast pace of the musical. The lack of props enabled a clean start and finish to each scene and the lighting helped draw attention to the actors who very well deserved to have their solos in the spotlight.

Unfortunately, for someone who has not heard the original songs from ‘Fame’ The Musical, it was somewhat difficult to pick up on the lyrics from several of the songs showcased.

What could have possibly been a sound-tech issue, or a lack of technique from the actors (some of which have wonderful vocals) or perhaps just drowned out by the band.

Talking about the band – tight. Or like the way I was describing them to the director ‘tiiiigghhhhttt’.

With Raja Farouk on the bass, Ayam on the drums, Mizi on the guitar and Loh Ui Li on the keys, they elevated the musical to heights that felt like voltage on the carpeted theatre floors.

“They are a very talented band with a lot of experience, they sound so good together and we are very lucky to have them play for us.” Dominic Luk interjects.

Proud of his younger cast, Dominic justifies, “When we first started this musical theatre training program, we started out really simple and it was a struggle, trying to put ourselves out there, getting people to recognise us and accept our program. So we had to start from nothing and persevere year after year. But we have grown and done a lot of work to get to where we are now, halfway through the beginning. “

For those still thinking about buying tickets and coming, Dominic adds, “I think you need to give this show a chance. Just come. Look forward to a great story, which is honest as it comes from everyone on stage…and the good music.”