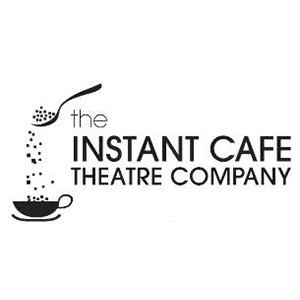 In late 1989 four friends Jo Kukathas, Andrew Leci, Jit Murad and Zahim Albakri decided to start their own theatre company. They called a diverse group of friends to join them – actors, musicians, writers, lawyers, teachers, insurance agents, the unemployed. Two sleepless months later the ensemble performed for the first time in a café upstairs of Bon Ton Restaurant in KL. Those were dark days in Malaysia and their humour was political, edgy and deeply subversive (or sometimes just plain silly.) Most people said they wouldn’t last a month in that authoritarian climate. Luckily most people were wrong. The company soon garnered a loyal following with their black comedy, using dark humour to comment on everything from the absurdity of contemporary society to tyranny, stupidity and corruption.

From the start Instant Cafe was a home and a fun but ruthless training ground for a generation of talented Malaysians – for whom sleep deprivation became the norm. It became a revolving ensemble of actors, musicians, directors and writers who together formed a writing/performing ensemble to collaborate, research, improvise, write, devise and perform its own distinctive work. Many talented artists used the framework of ICT’s infamous satirical works to hone their craft.

But from the beginning Instant Café sought to challenge and redefine its theatre making. It did comedy in theatres and serious plays in nightclubs. It did Shakespeare in the open air and political satire at state functions. It did politically charged work from around the world and opened a small performance venue that became a of hotbed for comedy, new theatre and Malaysian music. It ran outdoor festivals of Art and indoor festivals of Ideas. It ran new writing programs to encourage new Malaysian voices and opened a House of Art and Ideas to meet new friends. It did intercultural collaborations and exchanges but kept returning to its satirical roots and the bittersweet comedy from which it sprang.

The seriousness of ICT’s intent and its commitment to forging theatre strongly committed to freedom of identity resulted in more than one critic to exult that “ICT exists in our midst”.

The diverse performing collective ended up being a brave, new and distinctive voice in contemporary Malaysian writing and theatre.

Even when their vision has been most bleak they have held firm to their belief in the redemptive power of shared laughter. Even when, or especially when that laughter has been tinged with anger or stoicism or unhappiness.

“Instant Café and what it represents is growing stronger into our consciousness. Instant Café allows us to feel that it is okay after all to indulge ourselves in this kind of dangerous humour.” (Utih, Sunday Style, May 1994)

Who knows what we will do next.