All images by TR. Ban Photography

How does discrimination play a factor for an individual to turn evil?

Deric’s take on one of William Shakespeare’s earliest work on an actual king explored crucial elements which turned Richard III of England into a monstrous figure. These are the same elements which many Richard III plays often miss, ignore or overlook.

See, the people of England during the middle ages believed that those who were hunched or deformed were cursed. Due to such superstition, Richard III not only suffered discrimination from ordinary folk but also at the hands of his own family members and relatives.

In the play, he is often poked fun for having a limp, a deformed hand and a hunch. And all these only lend a hand in turning Richard III into a vengeful person. 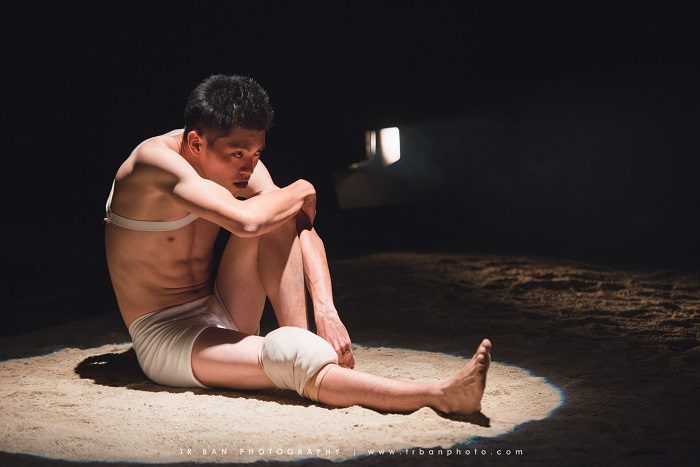 The beginning scenes – especially Ruby Yap portraying King Edward’s courtier who tries to seduce Richard III due to a wager – set the tone for the entire play.

By the end of the play, I actually understood why Richard III had so much of hate in his heart. I also discovered where he found the strength to be evil too. The play also provided a glimpse into his drive to have the throne of England for himself.

Lim Si Jie played a very convincing Richard III who vows to vanquish all those who mistreated and ridiculed him. Each person Richard III vanquished, he would take an apparel or object that belonged to them.

By the end of the play, Richard III dies fully clothed – a stark difference to the beginning when he is first introduced with only his white boxers. The choice of costumes also made me at times feel as though the play took place somewhere in the 1930’s. They provided a very noir-esque feel to the play.

Unlike Si Jie who played only one role, the rest of the seven actors played multiple characters throughout the entire two-hour fifteen minutes duration of the play. 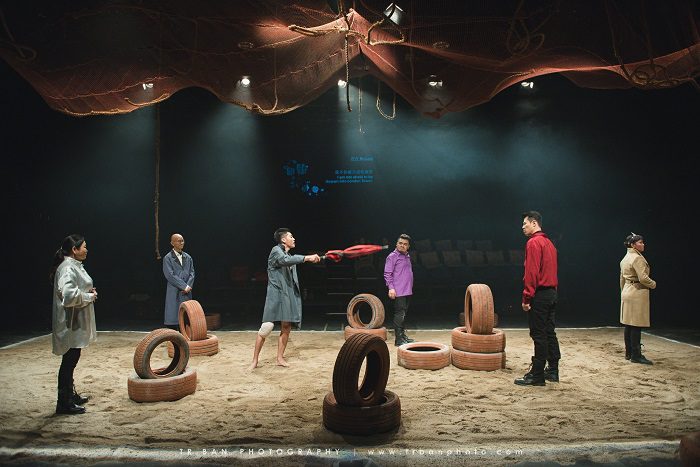 Anthony Lee on the other hand provided the much needed comic relief to what was already a serious play.

However, I was most impressed with Ruby Yap who managed to pull off a very conflicted, emotionally battered and confused Lady Anne. Her scenes were among the powerful ones in the play.

Props also goes to Rosa Chong, who played Richard’s mother and Grace Looi, who played Queen Elizabeth. Each individual portrayed a noble woman who experienced the destruction of her family before her own eyes. This was the only scene where I didn’t read the surtitles as their sheer emotions told the story for me. 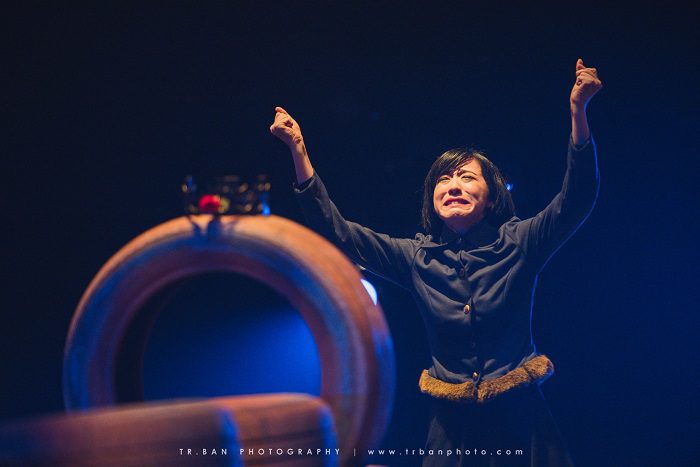 Speaking of surtitles, my only issue with the play was that there were times when the surtitles switched a little slower than the dialogue. Otherwise, it was a good experience of watching a Shakespeare play successfully done in Mandarin.

Amelia Tan’s hard-work in providing her creative input in the placement of the lights played a crucial role in setting the tone for the play.

The strategic placement of the lights also assisted the audience in distinguishing who was on whose side through the representation of the color red and white – the play takes place during the closing stages of the Wars of the Roses (yes, it really happened). 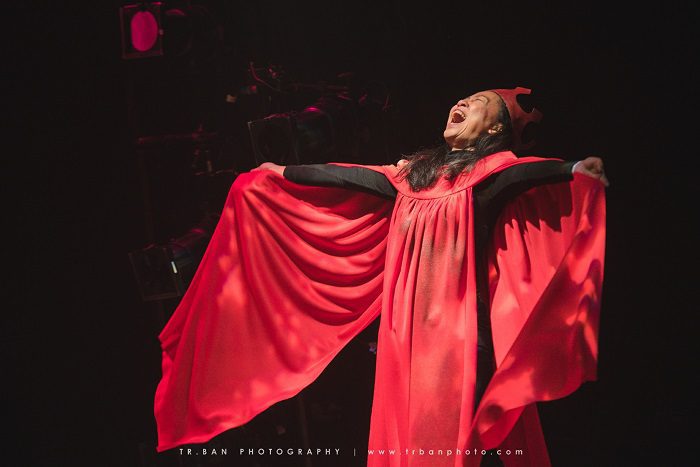 Though there was extensive use of sound effects, much of it also came from the actors themselves who hummed and sang – specifically Evan Siau who played the role of the narrator too – in some of the scenes. It almost gave me the impression that it was a musical.

And then there were the tyres.

Apart from sand and the crown, the tyres were the most extensively used prop. There were scenes when the tyres were used as a funeral pyre, a prison bench, a throne, and even a chariot! I’m pretty sure Deric put a lot of thought as to how the tyres could be utilised.

All in all, it was such an enjoyable play that I had to go and watch it the second time!

Have a theatre show for us to review? Send us the invite to [email protected]