If you’re a lover of jazz and the blues and frequently throng spaces that showcases such music, chances are you’ve possibly seen Dani Komari perform live.

The 28-year-old refugee school teacher is famous in the music scene for putting her own personal spin to jazz classics.

In recent years, specifically 2017 onwards, the singer-songwriter has gone on to perform at major festivals such as IP Jazz Festival, JB International Arts Festival, and the Publika Jazz Festival, sharing the same stage with established names such as Dasha Logan, Michael Veerapen, Lewis Pragasam and the late Amy Winehouse’s guitarist, Robin Banerjee.

In short, Dani is on fire. We decided to get in touch with the musician via email to find out just what keeps her love for music burning and speak more on the inspiration behind her latest single, Circles. And how, an opportunity to perform at an open mic led her to take music seriously.

Heya Dani, let’s start from the beginning. Could you share with us how you got started with music? How old were you when you began taking music seriously?

When I was 9, I used to go for these religious classes that had worship songs. I started singing traditional Indian worship songs first and then I stopped. But I was always singing in the bathroom. When I was 14, I picked up the guitar and taught myself to play and moved from being a bathroom singer to becoming a bedroom singer. I would try to play songs on the guitar that I heard on the radio. I would also go on YouTube and learn a how to play better and that’s when I started exploring jazz music. At 25, I took part in an open mic that a friend told me about and I haven’t looked back since.

Can you share with us a little more on this fateful open mic?

At that point of time I was already dabbling with music for a bit but haven’t really explored avenues to perform and take things to the next level. In 2015, I found out about an open mic at this venue called AfterWerk located at the Old Klang Road and wanted to give it a shot to see if I can do it. On the day of the open mic, I was feeling the pressure and wanted to pull out. However, my mum pushed me to do it and said she didn’t drive me all the way here for me to just give up. So I decided to push myself and give it a shot. The feedback after my performance was very encouraging and it was then I decided to take music seriously.

A lil throw back to when @banerjee.robin let me try out his guitar. It sounded divine. Thanks Bobbie B 🔥

What would you be doing today if you didn’t give that open mic a chance?

If I didn’t give that open mic a chance or let alone doing music, I would probably be doing something related to the radio as I did intern with BFM Malaysia and I really liked it. I enjoyed helping to create radio commercials so this would definitely be something I would be doing if I didn’t venture into music. Either this or work in a multinational corporation as a Human Resource executive since I have a background in psychology. This is probably the only reason I would have done it though. On the other hand, I would have dabbled in a few different things and seen what really clicked with me and stuck with that as well. I don’t think I’m the type of person that can do something that my parents or society solely want me to do. And that is why today, performing music and being a teacher for refugee kids are two jobs that I chose and wanted to do instead of having someone tell me that I should have done it.

If you wanted to know what a show with us looks & sounds like, here it is! . This was at @rilsbangsar . It’s always a fun time performing with a full band (The Nightshades) and we especially love it when you dance and sing along with us! . Join us this Saturday and Sunday (7/8th Dec) at @riuhinthecity, Sentul Depot where a number of talented musicians take the stage. . We hope to see y’all there! ♥️

Do you remember the first time you performed to a crowd? What was the experience like?

Yea, probably at my last year of high school. I took part in a singing competition as a way of doing something I usually wouldn’t, which was taking part in other activities that wasn’t a sport event. The reaction from the crowed was nice. They were supportive. I didn’t actually think much of it at that time because I didn’t want to forget the lyrics. I sang “Finally” by Fergie and won the competition. I didn’t take part in anything after that but I knew singing was something I wanted to do. 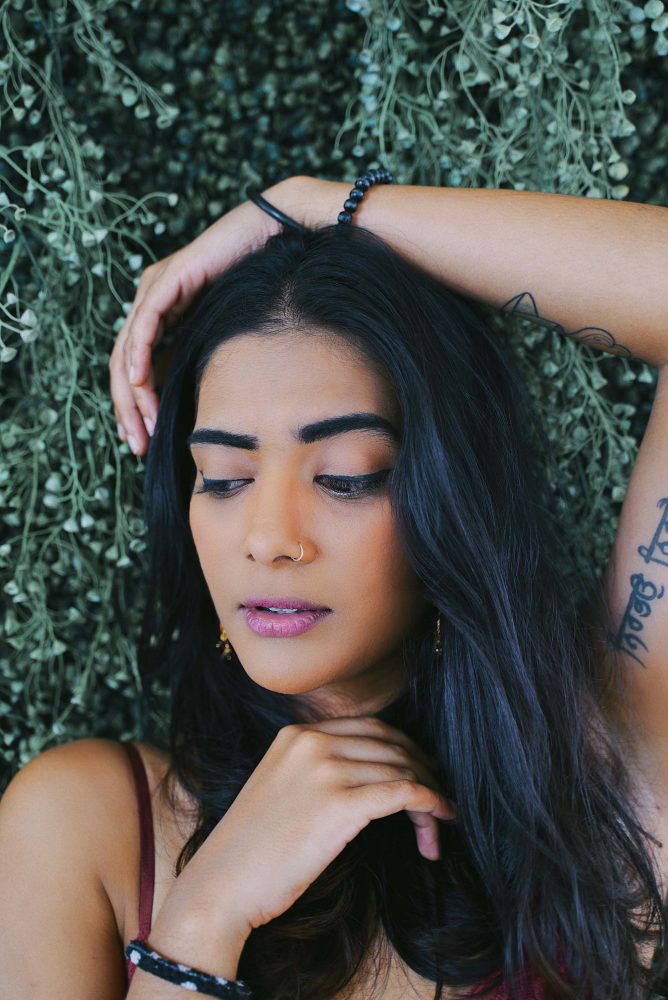 You’re known for belting out jazz and the blues. What’s so special about this particular type of music that drew you in?

When I was in college, I spent a lot of time in cafes which tend to play a lot of jazz and blues and this helped shape my sound. I was always fascinated by some of the voices I heard such as Etta James, Nina Simone, and Amy Winehouse. They all had strong tones which made me feel comfortable to embrace the way I sounded. Nowadays, I listen to everything from classical jazz to R&B and that has helped to evolve my taste in music.

A lil snippet from the Jameson event that happened last week. Thank you to the amazing organizers and beautiful people who made the event a memorable one. ❤ @jerrylsw @bazlizulkefly @sylviawmusic @hl_milk

What inspires your music?

Daily life inspires my music and a good rest. When I’m rested, I am able to come up with better melodies and sometimes even start writing more. This in turn become lyrics to some of my songs. I understand that sometimes making music when something significant happens can turn out to be great. I can’t say that works for me all the time. But with that being said, I would usually take my time to recover from however I was feeling and only then reflect on it with a clear mind and hope for a good song to be made. 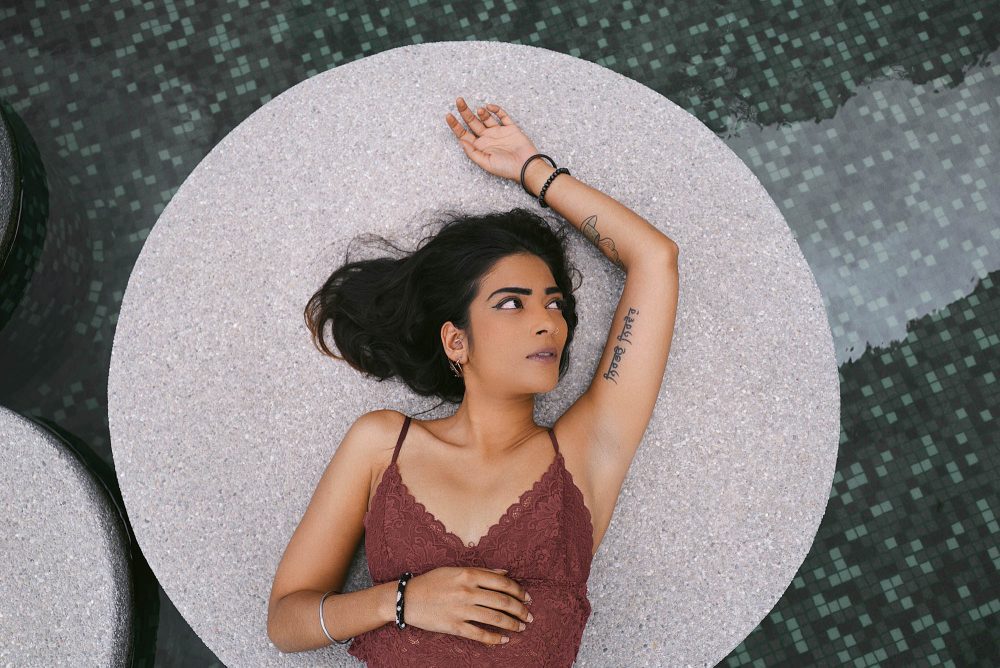 Now, you’ve also performed at some pretty big events with well known artistes. What is one trait that led you to achieve this?

You have to be able to seize every opportunity that you can get even though it can sometime means having to work extra hard due to time constraints. There will also be plenty of bumps in the road but you have to have the will and patience to persevere. It’s also important to have a good manager that can help you look out for potential collaboration opportunities and be a good support system.

On the 29th (Monday) we’re gonna be performing (full band) at @noblacktie_kl. We’ll be on at 9pm. This show will include a story & a few unexpected songs. You’re attendance is much appreciated 🙂

This is our favorite question and we usually enjoy asking each and every musician we interview: In your opinion, what is one thing lacking in the local music scene and how would you like to see it improved?

I wish there were more avenues and emphasis out there to support the local English indie music scene. It’s good to know that there are now organizations such as Cendana that has been setup to assist musicians with various activities including workshops, funding and touring. I wish there were more radio and television stations out there that will support the local English music scene such as Hitz Met 10 and TRAXXfm. This will give us the platform for our music to be heard. 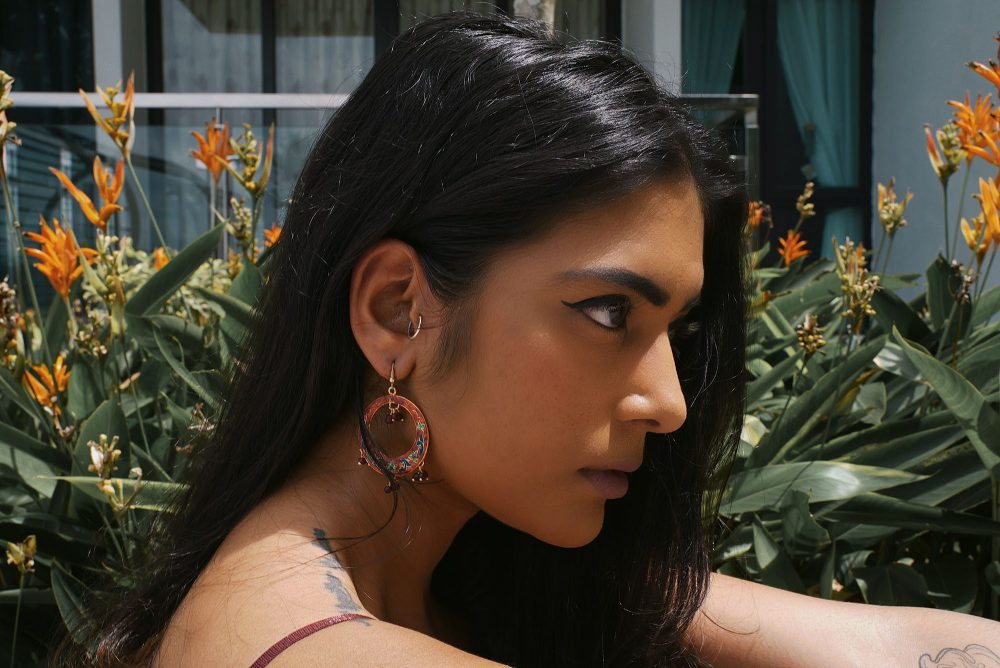 Lately many musicians have begun producing singles instead of albums. In your opinion, why is this so?

The rise of streaming services like Spotify has been a game changer. People consume music faster and it seems like everything is happening so fast. Putting out singles could probably reach more people quicker compared to putting out a whole album or EP first. If you have a single, it allows you focus your attention promotion on that one song. It also has a better chance of being picked up by the Spotify algorithm to be featured in one of their editorial playlists. But that’s just my humble opinion, I’m still going to put out an EP or an album sometime in the future!

Now, Circles was mastered by Miles Showell. He’s a pretty big named music engineer having worked with the industry’s top players. How did this collaboration come about?

Abbey road has always been special to me as many legendary bands and musicians such as The Beatles, Pink Floyd, Aretha Franklin and many more have recorded some of their finest albums there. While recording the single, we did some research and realized it was possible to send our song to be mastered there. At that point we didn’t have a specific person in mind to master it. My manager spent some time researching some of the mixing engineers there and we realized that Miles Showell was the best fit for the song. We sent him some information on what we wanted and he did a great job with it. Thus, we got Miles, and I’m so grateful for it.

By the way, why is your single named Circles?

I like the shape. It has no corners. It feels constant to me, just like the change’s life has to offer. If you think about it, we go through phases in life that represents a circle. We up sometimes, then we’re normal, soon we’re angry or sad, then back to being normal again before being up again. It doesn’t have to be in that arrangement, but it’s all in a constant loop; like a circle.

Last question, Dani. What are you dreams for the future?

I would like to see myself in different countries sharing my music with people who appreciate it and hope that by the end of it all realize that my music had taken me all around the world. I would also like to work with different artist in the future in hopes to expand my creative abilities.

All images by Dani Komari.