Malaysia has a so many talented individuals who are not only skillful writers but illustrators as well.

Many of these creative souls are individuals you’ve probably never heard of but they’ve made Malaysia proud by winning awards locally and even internationally. Some have been illustrating and writing for a long time.

In conjunction with World Children’s Day, we’ve compiled a comprehensive list of award winning Malaysian children’s book illustrators for you to check out. 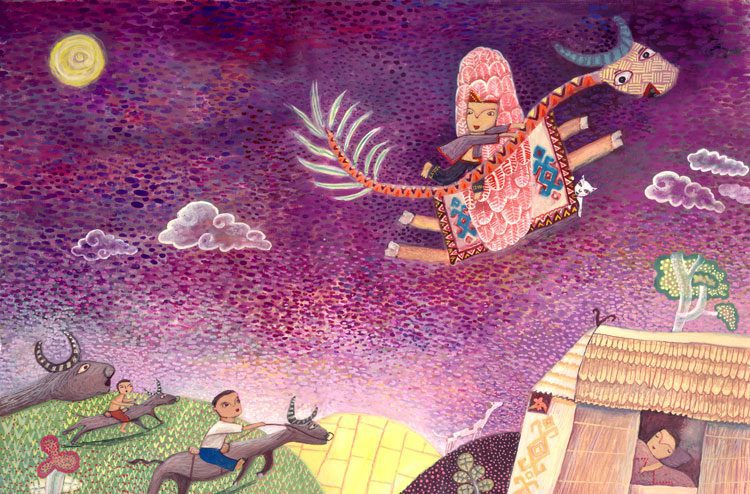 <
Born 1968. Jainal Amambing is from Sabah, East Malaysia on the island of Borneo. His works have appeared in a number of exhibitions and art activities organized by the Sabah Art Gallery. He has won many art competitions and awards at the state and International level. His book, The Magic Buffalo has been translated into German. 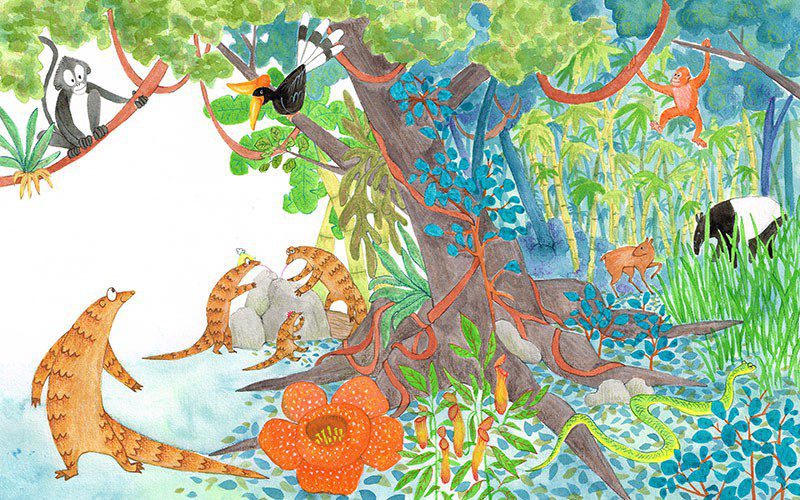 Born 1972. Lim Lay Koon comes from a computer science background. She is a self-taught illustrator and enjoys illustrating the little details of everyday life. She has won several awards with her sister such as The Samsung Kidstime Author’s Award 2015 for The Currypuff War of Kampung Asam and The Calistro Prize 2012 for Master & Apprentice. She has illustrated several other chapter books such as The Mystery of the Missing National Anthem and The Nanobots and Other Stories.
< 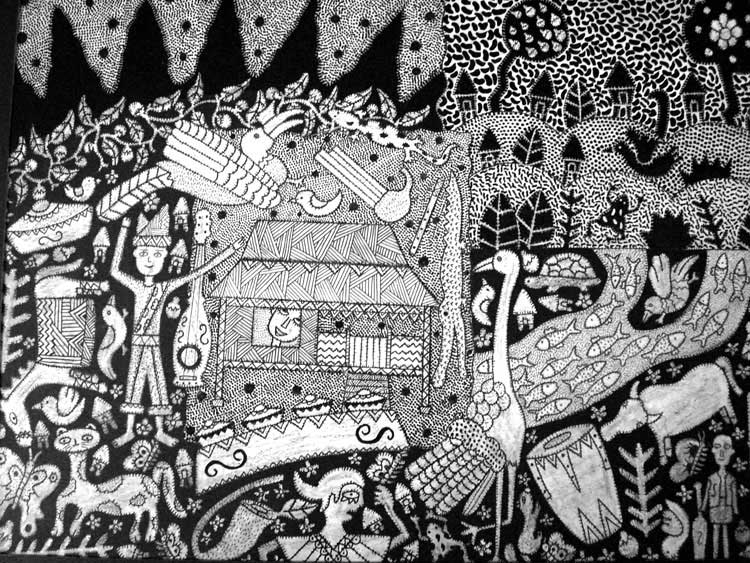 Born 1972. Awang Fadilah comes from Sabah, East Malaysia, on the island of Borneo. He started illustrating children’s picture books after attending a workshop organised by Dewan Bahasa dan Pustaka (DBP) in the late 90s. Since then he has had several picture books published by DBP. He has also participated in several exhibitions in Sabah. At the international level, his illustrations have been exhibited at the National Diet Library, International Library of Children’s Literature, Tokyo.
< 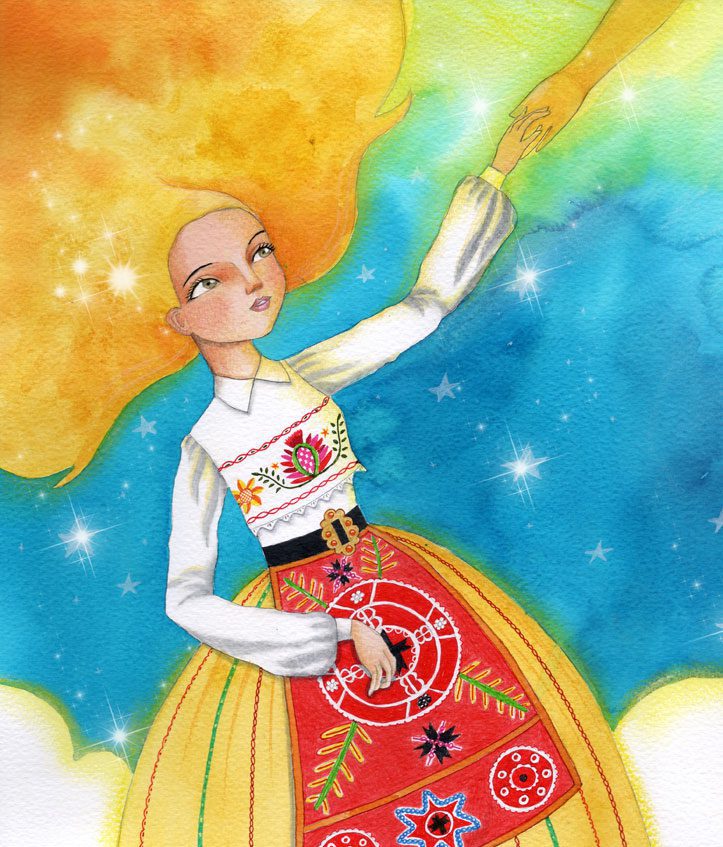 Born 1969. Emila Yusof is an illustrator and blogger based in Kuala Lumpur, Malaysia. Her blog, emilayusof.com is extremely popular as she not only writes but also illustrates about her travels, art and illustration process. She has published a number of children’s picture books, big books and craft books for children. Her most popular books are the Dina series which started with My Mother’s Garden, followed by My Mother’s Kitchen and My Father’s Farm. They are available in English and Malay and My Mother’s Garden have been translated into German and Chinese. Check out her website!
< 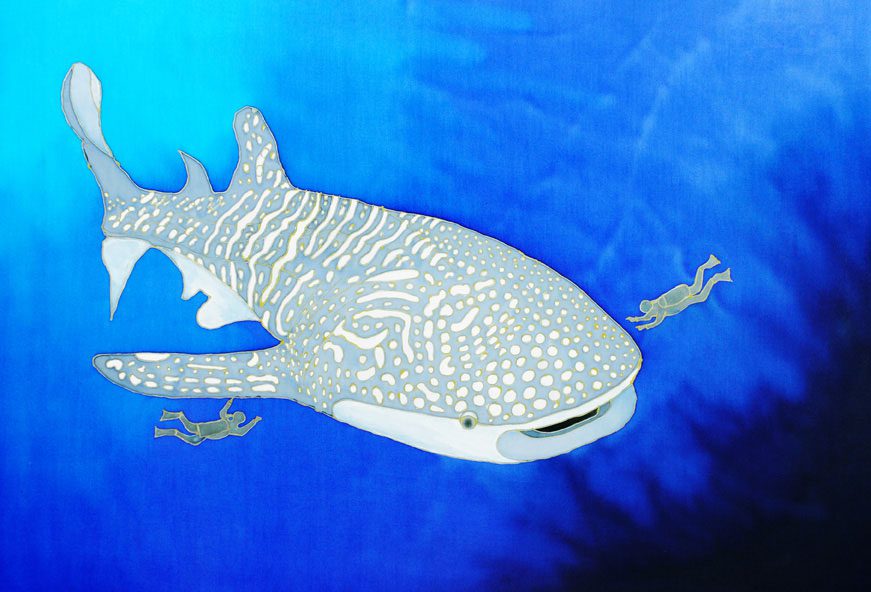 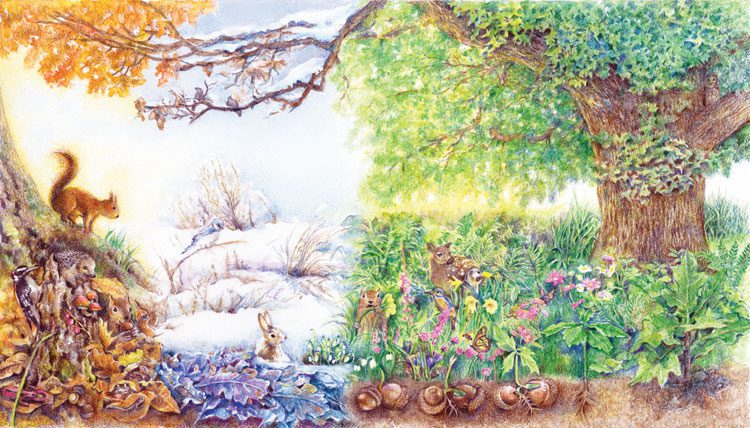 Born 1977. Chooi-Ling obtained her Diploma in Fine Art from the Kuala Lumpur College of Art, Malaysia (2002). She works as a freelance artist and illustrator and lives in Raub, Pahang. Prior to that, she worked as a graphic designer, designing Corporate Identity, Press Ad, Brochure and others.
<

Illustrator:
The Sweet Potatoes That Remained by Lu Kam Yin
Rainforest Hike and Other Stories by Dr. Cecilia Leong 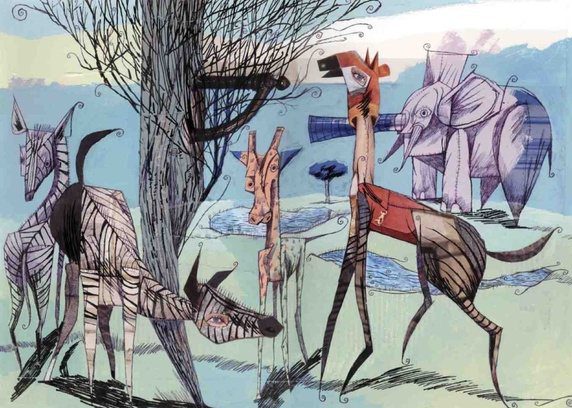 Born 1975. Khairul Azmir is currently a Lecturer of Arts at PJCAD , Petaling Jaya. He has won numerous awards and illustrated two picture books. He obtained his Master of Art (Fine Art and Technology), from UiTM, Shah Alam in 2004 and his Bachelor of Fine Arts, Hons., UiTM, Shah Alam in 2000.
<

Born 1967. Azalan Hussain, better known as pen-name Sinaganaga, had his first picture book, Kasut Belang Hilang published by DBP in 1997. In 2002, his illustrations from the book was acquired by Chihiro Art Museum, Azumino, Nagano, Japan and has been on permanent exhibition ever since. In 2009, he was invited to be the guest illutrator for a picture book, My Friend, at Asia/Pacific Culture Centre of UNESCO (ACCU), Tokyo untuk Asia-Pacific Co-publication Programme (ABC). In 2013, he was appointed as Art Director for World Heritage Convention for UNESCO Project in Tsuruoka, Yamagata, Jepun.
< 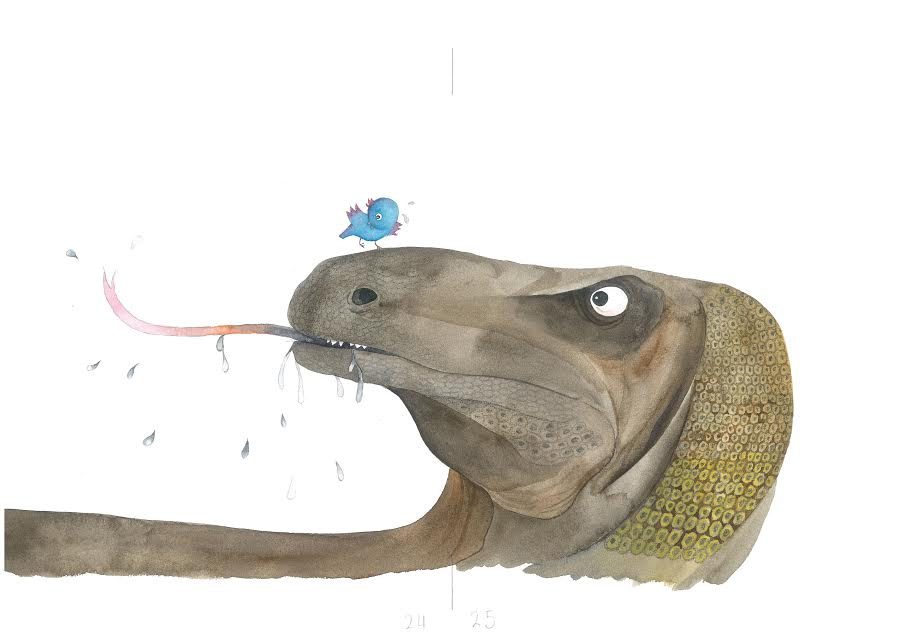 Born 1975. Mohd Khairul is a school teacher. He started writing and illustrating picture books in 2013 with the guidance of Yusof Gajah and has won several awards in Malaysia. He uses water colour as his favoured medium and he likes to depict animal characters in his illustrations.
< 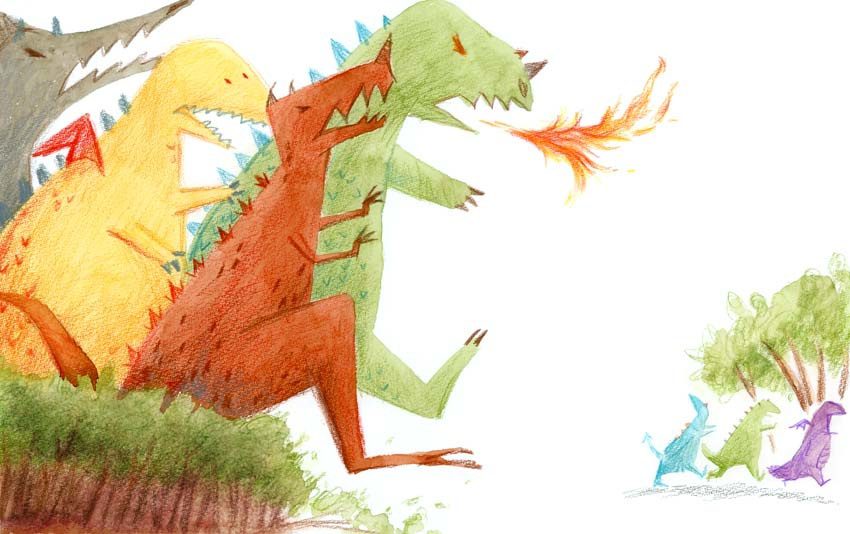 After spending 10 years in the corporate IT world, Wen Dee finally decided enough was enough. She quit her job and went back to her first love: drawing. She recently graduated from the MA Children’s Book Illustration course in Cambridge School of Arts (UK) and Lili, her first book, was one of her projects on the course. It won third place in the Macmillan Prize 2013. Besides her love for drawing, Wen Dee loves telling stories. She believes good stories appeal to all ages, not just children. Check out her website!
< 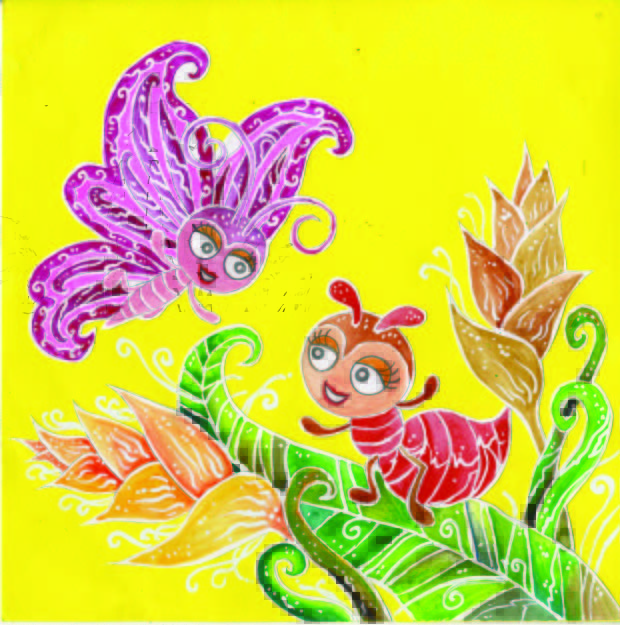 <
Born 1963. Basari Mat Yasit is a Graphic Designer. He started writing and illustrating picture books in 2010 with the guidance of Yusof Gajah and has won several awards locally and abroad. 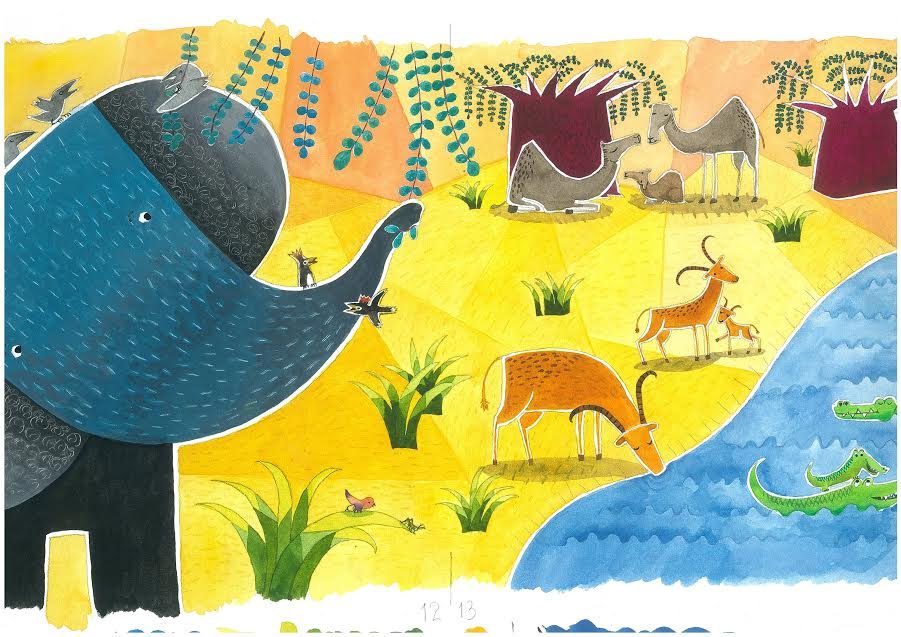 Born 1954, Yusof Gajah, or his real name Mohd Yusof Ismail, has a deep and abiding love for children’s books and working with children. While a busy artist, he has managed to write and illustrate a number of books for children and have won the National Book Council Award for best picture book and the Noma Concours (ACCU) award for best illustrations. His popular picture book, ‘The Real Elephant’ was first published in Malay and has been translated into Japanese. Its enduring qualities have enabled an English publication in 2010. Some of his books have been translated into German, Korean, Chinese and Arabic.
<

So there you go! Much of their books can be purchased at local bookstores or even on Amazon!

Think we’ve missed out an illustrator? Drop us a comment below or email us at [email protected] and we’ll add the artist in! Here’s another post you might enjoy.

Malaysian Illustrators Who Are Breaking the Mould Through Their Artworks