The removal of Pangrok Sulap’s artwork at a recently held exhibition in Kuala Lumpur is yet another example of unnecessary censorship plaguing the Malaysian art-scene.

The artwork was displayed at Art Printing Works (APW) Bangsar for only two-days before it was taken down on February 26  following an anonymous complain by an exhibition-goer.

It had depicted pertinent issues faced by Sabahans such as floods, illegal logging, Project IC and corruption. 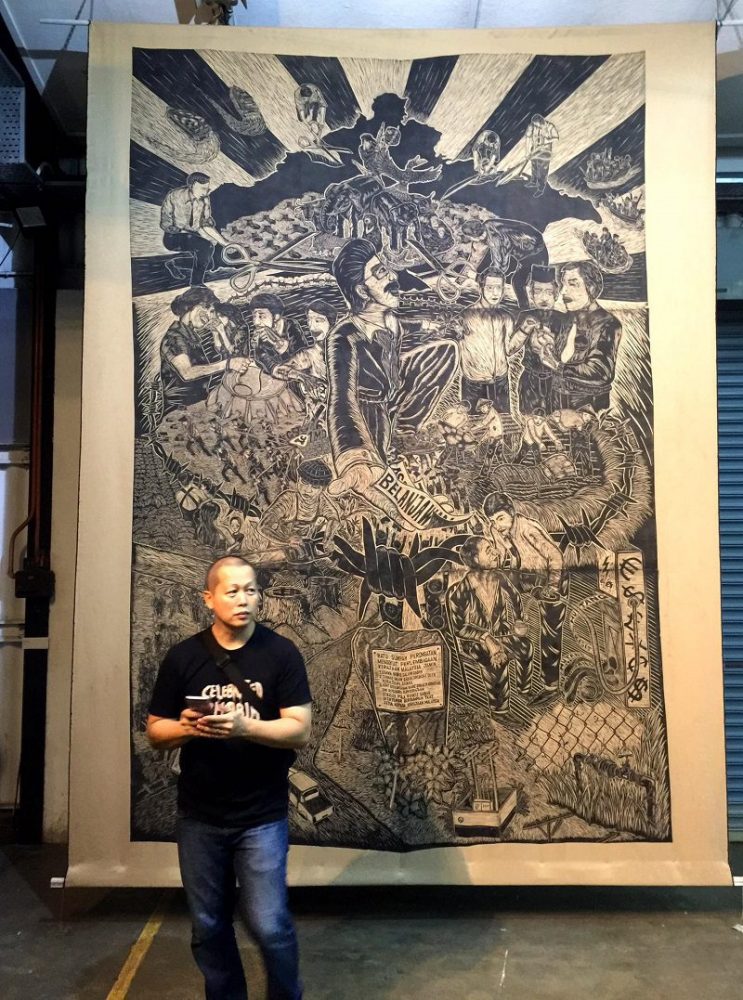 “In their communication with us, JFKL mentioned that a ‘misreading’ of Sabah Tanah Air-Ku at APW was behind the decision to remove the work and replace it with Sabah Tanah Air-Ku (The Making Of),” the joint press statement by Mark Teh, Ali Alasri, Faiq Syazwan Kuhiri, and Wong Tay Sy, reads.

The statement, dated March 10, which was posted on Mark’s Facebook wall questioned the rationale and motivation behind the removal of the artwork. All four of the artists had participated at the exhibition.

“Within a larger Malaysian context, this also continues a toxic tradition where yet again, an invisible individual(s) and private opinion expressed to the powers that be is responsible for censoring an art work.”

In explaining that there are multiple ways to ‘read’ a work of art, the artists also were left puzzled as to what was ‘misread’ and who had misinterpreted the artwork.

“To insist on only one reading of the work, and to take action based on this narrow reading closes off many other ways of interpretation, thinking, expression and dialogue.”

The artists added that the practise of censoring based on privately expressed opinions by individual(s) should not be tolerated as it perpetuates an unhealthy and damaging environment of censorship and self-censorship along with moral and political policing for all stakeholders in the Malaysian art ecosystem.

The stakeholders, according to the artists, are; audiences, artists, curators, cultural workers, producers, collectors, supporters, national institutions such as the National Visual Arts Gallery, and cultural organisations such as JFKL and Japan Foundation Asia Center. 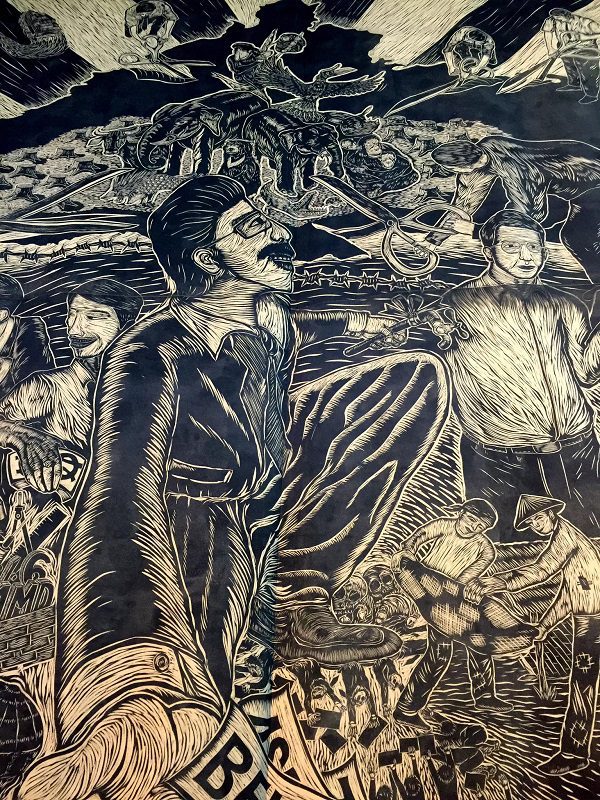 “This should not be tolerated – we must hold these invisible individuals accountable for their positions as their actions have very serious negative public implications.”

Singling out JFKL for not being transparent in its decision to remove the artwork, the disappointed artists stressed that debate and dialogue about the merits and content of any work – as well as the artists’ right to express their positions – must be defended.

They then claimed that JFKL was to produce a public statement to clarify and explain its decision – which it did not adhere to.

“It has since been communicated to us on 10 March 2017 that JFKL will not be releasing a statement, and that any enquiries should be directed to their office.” 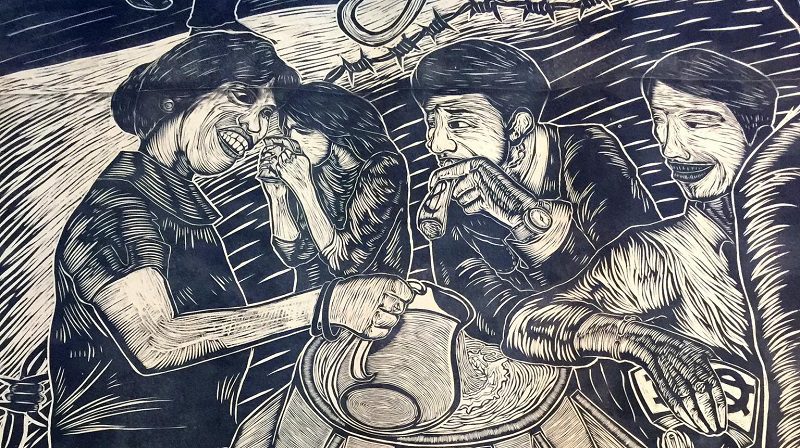 Speaking to Eksentrika, Mark who comes from a theatre background said this is not a solitary incident. There has been numerous instances where even theatre productions had suffered the same fate.

“In 2002, the Kuala Lumpur City Hall (DBKL) did not allow license for the second staging of Vagina Monologues after a complain by someone who didn’t even watch the first staging,” he said.

In 2003, Instant Cafe Theatre’s Baltimore Waltz had some of its scenes omitted. Mark said the production responded by having the casts freeze during the omitted scenes with texts projected reading, “This scene has been removed”.

Coincidentally, this month, human rights activist Lena Hendry faces fines and a jail sentence of up to three-years for airing a documentary without approval from the Malaysian film censorship board.

Meanwhile, Pangrok Sulap, through its Facebook page revealed that it was informed early of the request by JFKL to remove their artwork.

“We have also informed Japan Foundation that upon the artwork’s removal, the Japan Foundation must be prepared to answer to the public,” the statement by a representative of the collective, Rizo Leong, reads.

Thanking everyone’s concern, the group hopes to work together with JFKL in resolving the issue.

“We have decided to allow the Japan Foundation room to handle this situation and explain their decision as news spreads throughout social media.”

Should art be censored? What is the limit to art censorship in Malaysia? Provide your two-cents by commenting below. Have an opinion to share on this matter? Send us an email at [email protected]