After more than a decade since they broke out into the Malaysian and eventually international music scene, the pop punk band will also be introducing a new member, Sonny Wan.

The band’s senior member, Darren Teh, told Eksentrika that despite Leonard’s departure on the cards since 2018, the group will remain tight-knit.

“He’s not going anywhere. He’s just moved on in life. The band was a phase and it was something I had told him about many years ago because we’d been friends since we were 17/18 maybe. When I asked him to join the band, we were all a lot younger and full of hope and passion. The passion hasn’t died. It’s just been transferred to something else for him which is his career. He’s got a corporate job and he wants to advance further. I told him that he should now be the band’s financial backer. So he’s leaving the band but not really. As and when we need him, we’d get him to come on board.”

The band’s bassist, Tomas Tam will be stepping in to fill Leonard’s lead guitarist shoes as newcomer, Sonny takes on bass. 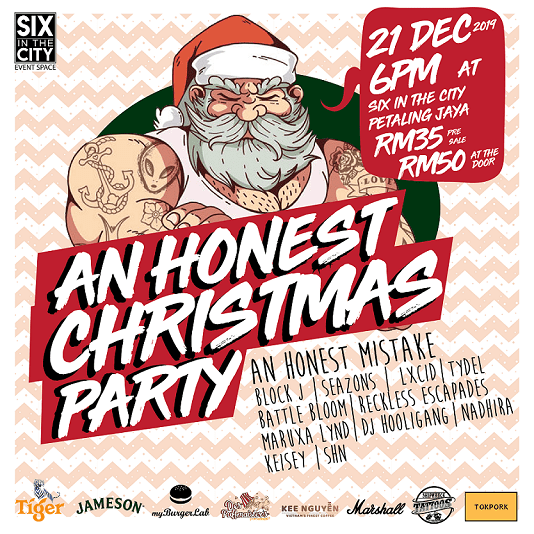 As it turns out Sonny, isn’t really a stranger to the band, having jammed together frequently and filled in for other band members over the years. He’s even dated someone Tomas has…although not at the same time lah.

Rumour has it, Sonny’s ex is quite the high profile Youtuber, who has since moved on to a new beau thanks to…*badadumtass! an introduction by Darren.

Yeap…so there you have it, they go back in history!

But why exactly did the band choose Sonny? Darren says the choice came naturally due to Sonny’s X-factor on stage.

He brings something different to the table that’s for sure. He sings really well, he’s a kickass performer and combined with all of us, the energy he exudes on stage is crazy. We wanted somebody like that and we got it.

Pressed further for three things you possibly did not know yet about Sonny; this is what the band had to say:

1. Sonny loves cats and dogs. Animals pretty much. He’s got a few cats and has his favourite tattooed on him.
2. Sonny used to play in a deathcore band called Upon Arrival. They’re amazing.
3. Sonny has seen most of OUR favourite bands live – As I Lay Dying, Killswitch Engage, Bring Me The Horizon, All That Remains, Underoath, Taking Back Sunday, The Used, Saosin, Misery Signals, Thrice and our favourite of all the favourites, Avril Lavigne.

The band will also be performing their amped up cover of the song “Mistletoe is For Quitters” by American pop punk band, Forever The Sickest Kids.

There will also be a series of originals, including new, unreleased material mixed in with popular Christmas favourites, such as Mariah Carey’s, ‘All I Want For Christmas Is You’in their set.

Catch all the action on 21 December 2019 at Six In The City, Petaling Jaya.  For further details see here! Want to tell us about your band? email us at [email protected]

Are Malaysian bands really not good enough to be on the radio?

*** All images including header were sourced from An Honest Mistake.