“All of my characters come from my head, and parts of the protagonist is based on myself. Many novelists create characters that way.”

That’s what author and musician Peter G. Brown has to say about his characters in his over 800 page long historical novel, Strings.

Peter, or Hassan Abdullah (a name he received from a Sufi sheikh in London, to marry his wife Markiza) started writing his novel in 1985, and finally self-published it in 2017.

That’s a whopping 32 years! Even our editors are a year younger. 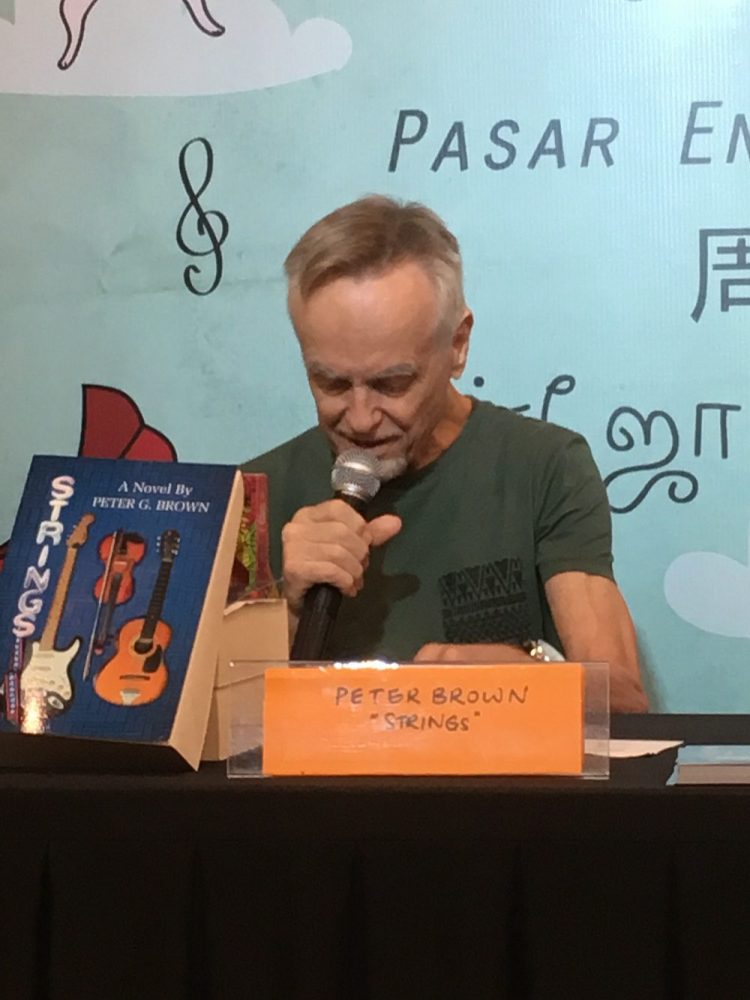 “During the 80’s I couldn’t find a publisher willing to publish my book. The online revolution has yet to start, and I’d rather not be told by a profit-seeking publisher what I can or cannot write.”

It was only in the early 2000’s that he transferred his writings to a computer, and with the help of Xlibris, his novel is finally printed and published, both physically and online.

“There’s a double meaning to the title Strings. The characters in the novel are musicians who play instruments like guitar and bass, so there’s the first reference to strings. 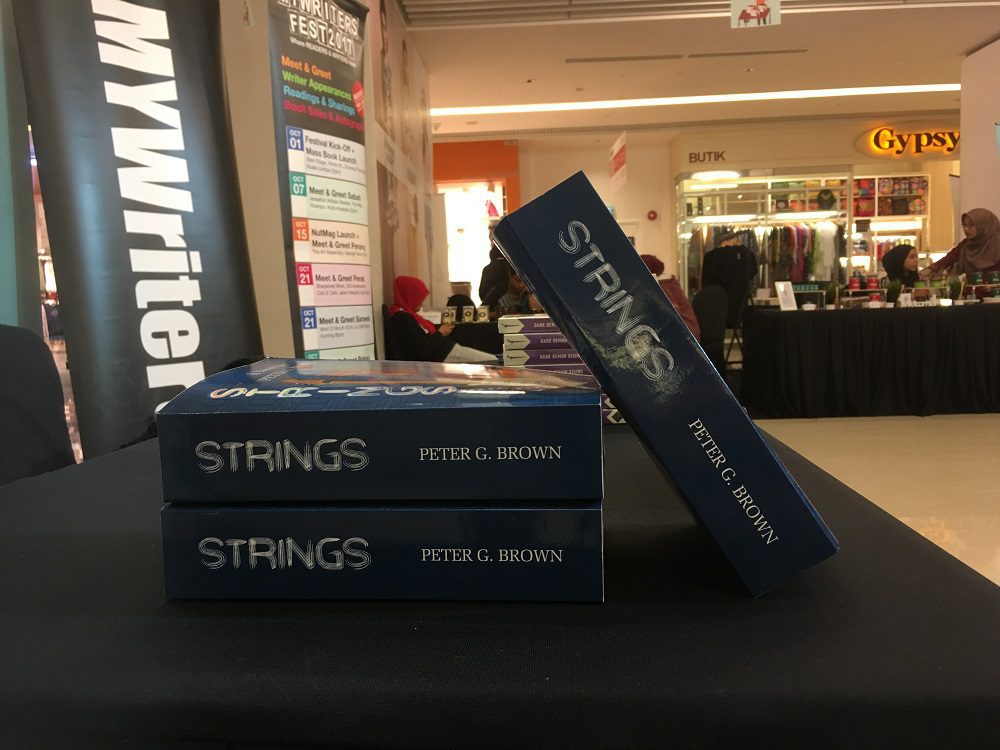 Peter adds that the other meaning is derived from the saying ‘being tied to your mother’s apron strings’, which refers to the theme of freedom and control.

Set in the United Kingdom in 1967, the novel features a group of youth dealing with the new-found “freedom” of a Western society that was slowly becoming more liberal.

“The details of 1967, as depicted in the novel, came from my memory though I did do some research. I researched the news of the year at the British Library (Peter returned to Malaysia in the late 1980’s), as well as some underground papers and alternative newspapers that featured subversive, non-conventional ideologies.”

Peter stresses that this novel is neither criticism nor commentary on that era; it is simply his observation of that time period.

The cultural decade began with the assassination of United States President John F. Kennedy, followed by the Vietnam war and the flower power movement.

The 60’s was a time when many experimented with psychedelics with some travelling to India and Southeast Asian countries to seek enlightenment. It was a period of time when the Western and Eastern world met and to a certain extend, merged.

It was this clash of ideology that influenced his writing, along with the writings of Dostoevsky, D.H. Lawrence and Somerset Maugham. Peter gave the example of the gradual unacceptance of religion during the era his novel is set in.

“More and more young people were rebelling against stiff conservatism and traditional religion. Radical liberalism that led to relaxed censorship. The decline of religion originated with young soldiers returning from the World War, and the relatives of those who were killed who felt that religion had taken them for a ride – how could a loving God have allowed such a war?

However, as much as I regret the fact that religion is misunderstood and has been losing its influence, at least in the West, I try my best not to be judgemental. People should be free to go their own way.”

Apart from Strings, Peter has previously published two short stories in Silverfish New Writing 6 and 7. He plans to write a sequel to Strings, and a futuristic novel about Malaysia.

The 74-years-old also writes and performs music. It was during a live session that he met his wife and musical partner, Markiza.

“I have always been a songwriter. My song-writing is influenced by Buddy Holly and Bob Dylan. I like writing complex songs with poetic lyrics.”

Strings is currently available from Silverfish Books, Bangsar Village 2, Kuala Lumpur, for RM60. You can also purchase the e-book at Xlibris.

If you are interested in Peter’s and Markiza’s music, visit their website. You can also see them live at Grind 22, Bangsar, on Saturday afternoon on 21st October, or during the Kuala Lumpur Eco Film Festival at Publika at 3.00 pm on 28th October.