How to set up your own record label? Read this!

When Daniel Anthony from Petaling Jaya failed Grade 8 music theory, he decided that the path of a classical musician was not the one for him.

However, he refused to give up on his dream of a career in music. Now, when he’s not working as a journalist, he’s running his own record label, Crystal Empire Records (CER), under the stage name St. Pinkie. 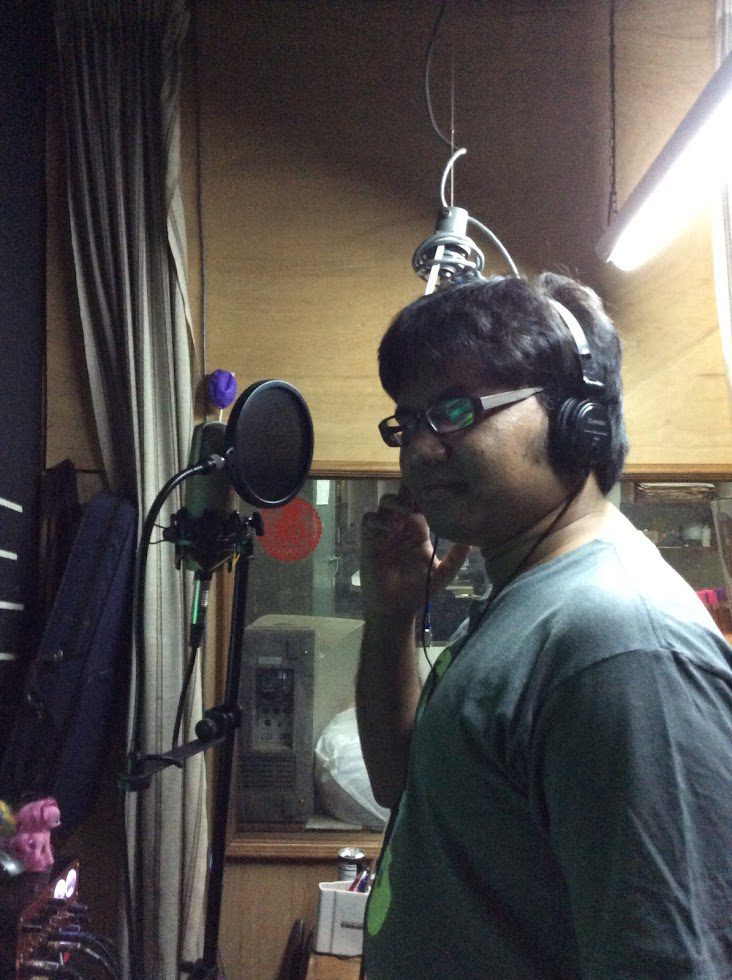 “CER was born in 2014 in the lead-up to Canterlot University, a My Little Pony: Friendship is Magic fan convention that took place in Singapore. The record label got its name from a fictitious country in the show, as a nod to the fandom that it is centred around.”

CER is meant to be a label for musicians in the brony (nickname for the fans) fandom of Southeast Asia to unite and share music with the world.

Its aim is to foster collaboration and mutual respect between musicians in the region and to be a collective effort to help the rising talents in the fandom to soar to greater heights. All of these are embodied in the slogan of the label; Collaborate, Commemorate, Celebrate. 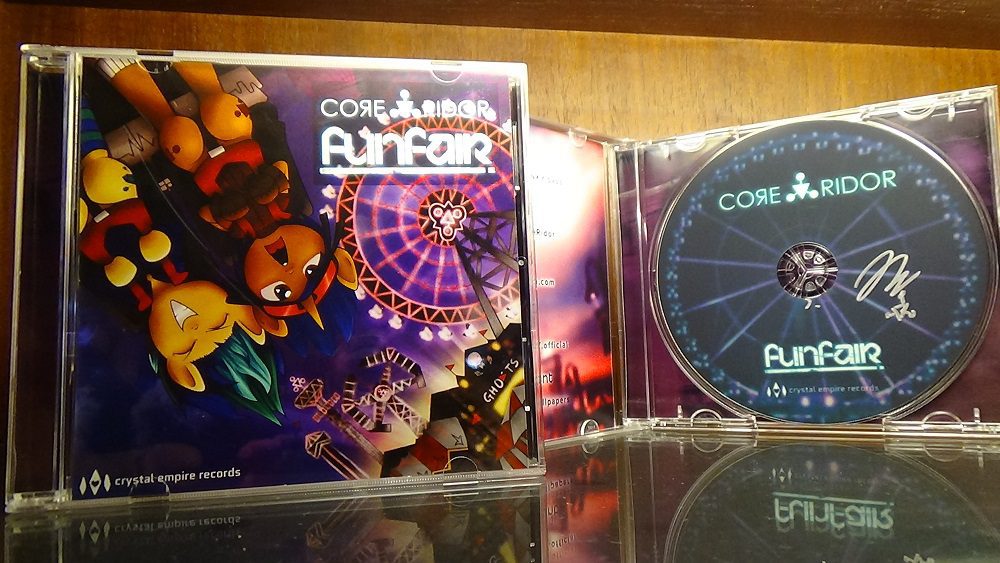 Daniel recalled that he tried starting a label in campus – it was very difficult to get the word out and recruit talent, and this attempt did not end well.

He had booked an acapella quartet to come in for recording, only for them to cancel at the eleventh hour. Eventually, he had to pull the plug.

“However, when I found myself in the My Little Pony fandom not too long after, the dream was rekindled. There was amazing talent everywhere. Hence, I decided to try again. While it is still not a commercially viable project, it has seen much more success than I have ever had with a musical project.” 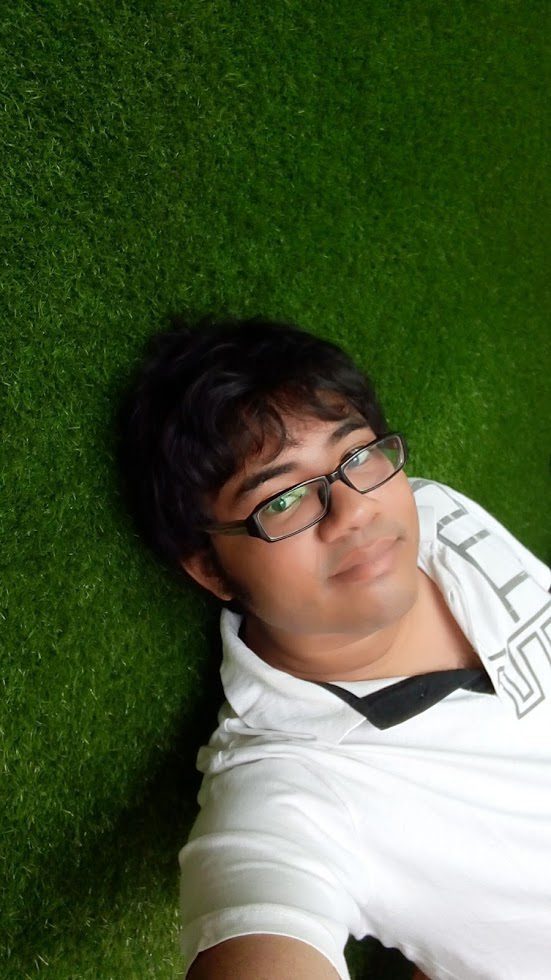 For Daniel, music is a big part of his life. As one who listens to music on a daily basis and sings along to it most of the time, it is his desire to make a living out of it.

“Such a dream is what keeps me going. Being able to make the label a career is still my first priority. As for music, I indulge in it every day. I have no problem keeping it up.

When he feels a stroke of inspiration, he simply pulls out his phone and starts to take notes.

“I don’t feel forced or coerced into writing music. I do it as and when I am inspired.” 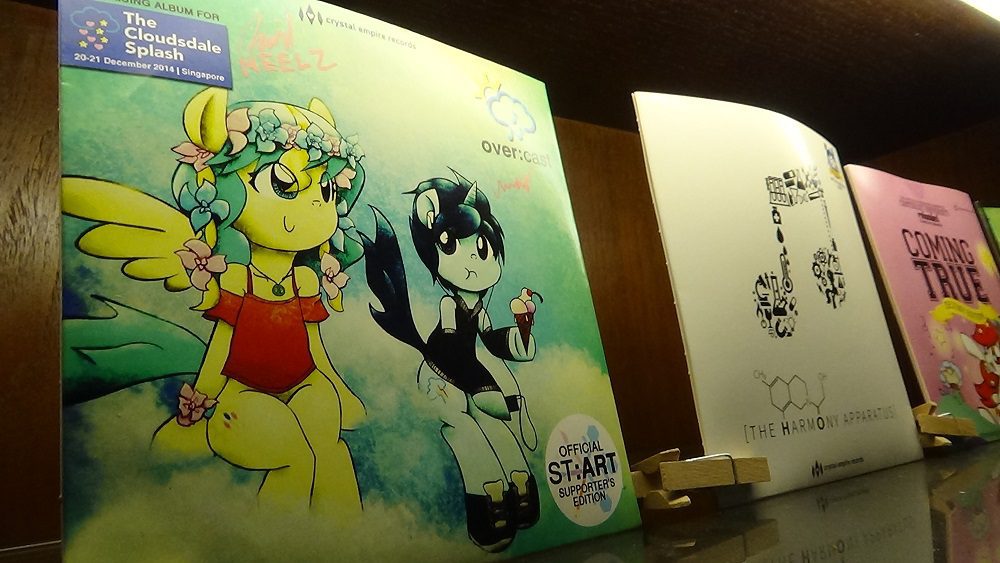 Being a hands-on record label owner is no easy task. Daniel is involved with almost every minute process, from dealing with the distributors, to production and printing of the CDs.

He is also the director, responsible for deciding when and how the albums are done and made. He also contributes his own compositions for the albums.

“I would call myself a singer-songwriter. My music is mostly acoustic, pop-sounding kinda stuff. Nothing too complex, just silly simple. I want everyone to be able to enjoy it without thinking too much about how to do it.” 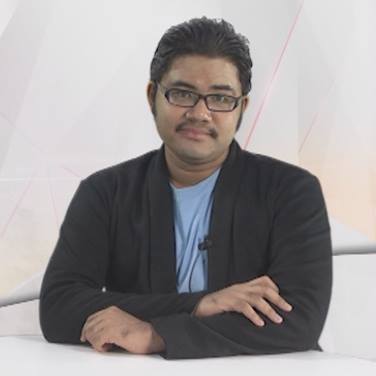 Though he only plays the piano and the guitar, Daniel believes he is way too far from being skilled enough (and out of practice) to record or perform on these instruments.

“Being a musician for almost 20 years, I would not say that my piano lessons when I was a kid has gone to waste. It is quite the contrary – it has become one of the most indispensable tools for my song-writing. My primary instrument for more than half my life has been my voice.”

CER seeks out talent and is welcoming to new voices. However, they do not pay their musicians.

We do not register a profit. It only covers costs where it can and as for most of our albums the money goes towards raising funds for an event or other cause.”

Preferring to write his music from the heart, devoid of financial motivations, Daniel says he chooses to focus on the label much more as it is  closer to being a feasible career path.

“My music will come along the way but hey, as a label manager I’m not the star of the show. I just try to shine a light on those who deserve to be the real stars.”

For an indie record label, some of the tracks are pretty sick! Here, give this Lunar New Year inspired track a listen!

Daniel describes his record label as “genre-agnostic”, meaning he has no preferred genre. He will accept anything so long as the tracks are clean – meaning no profanities or coarse language – and are of decent quality (e.g. not recorded with a smartphone).

While most of his tracks are EDM music, it does have its own share of rock, experimental and vocal tracks that help paint a diverse discography.

“Since we don’t bind ourselves to one particular style, we easily accept new music without issue. We retain an open mind when dealing with our musicians and try to remain optimistic about the future”

“Coming True”, the record label’s debut album saw all proceeds from its sales channelled directly towards Canterlot University and helped to offset the costs of running its My Little Pony inspired event.

But it all started out with albums that were bound to fan conventions and as time went by, CER began venturing into producing albums which it could consider its own.

“The convention scene was irregular and so were our album releases,” Daniel says and adds, “They still continue to be irregular because we always try to find something to add significance to our releases.”

In 2015 it released “*HUGS* – The Holiday Album” in time for Christmas, featuring some songs with a Christmas theme produced specifically for the occasion.

A year later, “An Asian Celebration” was released and made 100 copies on CD.

“These were then brought to BronyCon in Baltimore, Maryland where they were distributed to other musicians and performers like a “calling card” to help promote the musicians of CER.”

To date, CER has launched 11 albums – five of which channelled all their proceeds into helping offset the costs of other My Little Pony fan conventions in the region.

We help each other. The conventions promote the album to their audience while CER channels the proceeds to the event. Needless to say, I don’t think CER would be where it is today without the convention scene in the region.”

Apart from piggybacking on events and conventions, Daniel also arranged for some of the musicians to perform live at said events.

“As a label we try to put our musicians first. The name of an artist should come before ours because that is the purpose of a label – to be a platform for the artist. You don’t go to a concert to stare at the stage. You go to watch the performers do what they do best.” 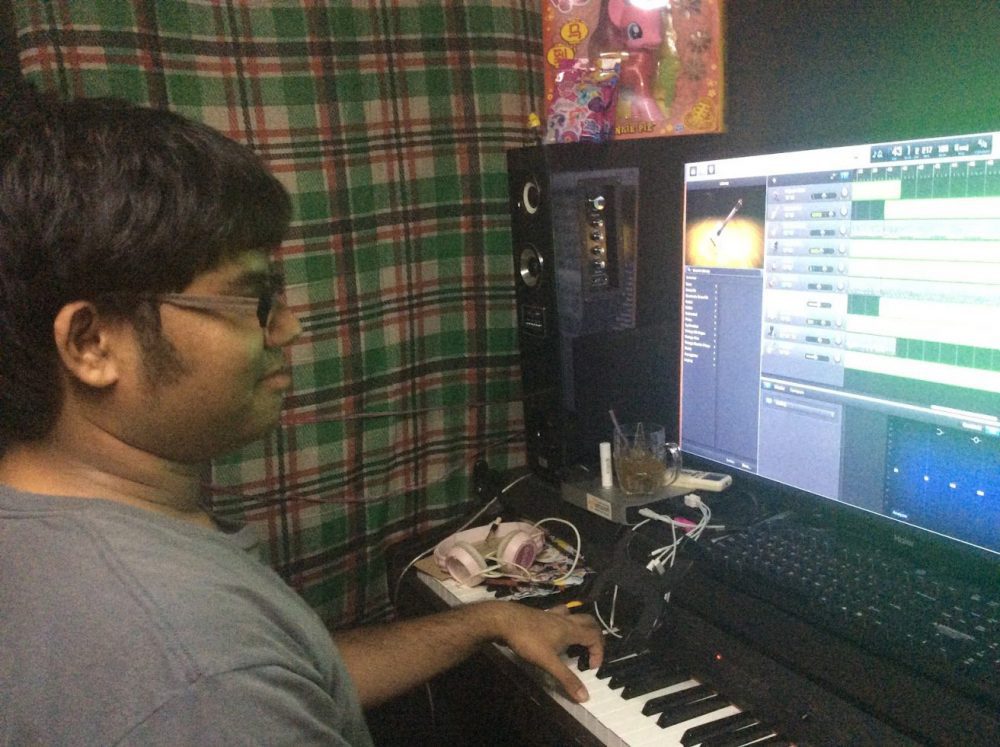 Daniel explains that he is lucky to be able to record in the comfort of his own home. His father used to own a video production house and when he closed the company, they rearranged and renovated the editing lab into a recording studio.

“The setup is crude but it does the job. We lined the windows with polystyrene pieces and then tied cheap sponge mattresses to them to absorb the sound – making it a decent place to do recording. It’s where I do all my vocal recordings.”

For him, a room that is relatively quiet does the trick. A bedroom with carpeted floor would be an added advantage according to Daniel. 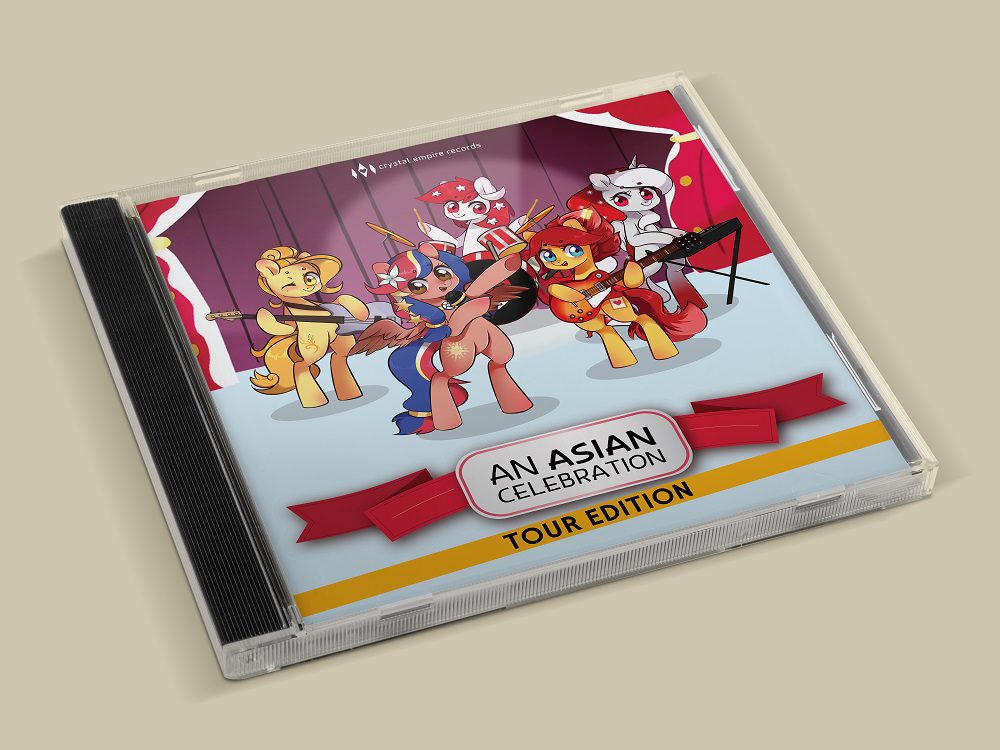 That said, Daniel stresses that the set up need not be perfect or expensive.

“Many people are intimidated by the cost of a full recording setup but what makes music wonderful is that there are so many starting points and upgrading is easy as you progress further.”

For Daniel and CER, they have yet to overcome their biggest challenge; to make this record label a viable career option instead of a mere hobby. 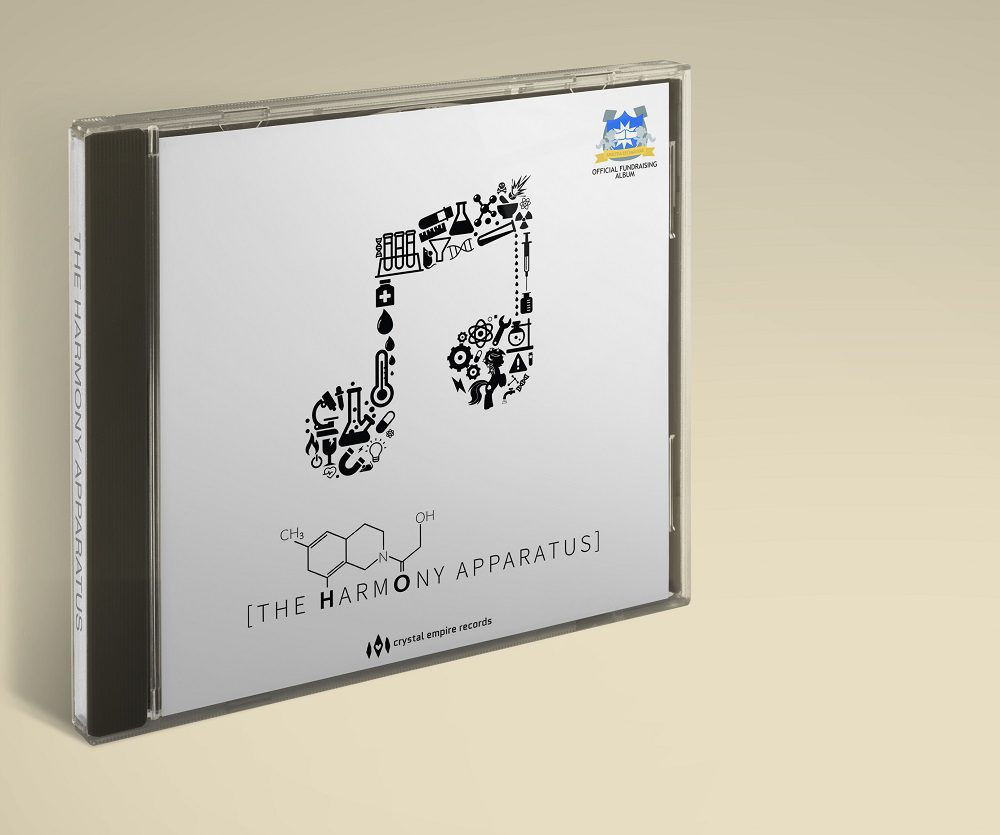 Making music as a profitable career is challenging especially in this part of the world, where the mindset is heavily geared against living the stereo-typically short life of a rock star.

However, Daniel remains optimistic that it will happen – the switch from hobby to career. He hopes to produce more music and obtain a studio album of his own and even perform live at a concert.

Check out some of Daniel Anthony aka St. Pinkie’s Crystal Empire Records’ tracks on Bandcamp, Spotify and purchase them at iTunes. Follow the record label on Facebook!