“Don’t you know a bomoh when you see one?”

That’s what author Tunku Halim, touted the Stephen King of Malaysia, said jokingly, upon being asked to describe himself during the MYWritersFest 2017, where he launched the 20th Anniversary Edition of his first published novel, Dark Demon Rising.

It is a feat not many other writers can claim to achieve. Tunku Halim originally intended for it to be a short story, but after having so many rich ideas within it, he decided to put it aside and focus on other short stories first.

“I decided to make it a novel. It took me five-years to complete it, and thanks to it, I learnt how to write a novel. I discovered characterisations, description, setting and dialogue, and kept on learning the craft of writing as I wrote it.”

Tunku also described writing a novel as “dangerous”; that is, if one start from scratch, instead of having a fully formed plot or at least a sketched out one.

The novelist might get stuck after writing a long while, and risk abandoning it. That was what happened with his second novel, Vermillion Eye.

Where did Tunku Halim uncover the idea for Dark Demon Rising?

“There is this non-fiction book, An Analysis of Malay Magic, by Prof. Endicott, that featured a ritual where it requires the practitioner to spend a night at a grave, pretending it’s a boat.”

After reading about it, an idea, an image, came to me. From there, my mind created a penanggalan, the titled dark demon, who is evil and wants to prevent the protagonist from receiving his rightful inheritance.”

Apart from that, Tunku Halim also based the protagonist on himself.

“He’s a lawyer. He is disenchanted with the fast-paced city life, and seeks substance and meaning, away from his humdrum life. He returns to his kampung, to seek out his spirituality and to escape from the materialism plaguing modernity.”

“It induces dread, as a way for readers to be in touch with their original self – the self which started in caves, the original, primal fear that they have against the shadows and beasts lurking outside.”

So, how does Tunku Halim keep himself going in his quest to complete his scary creation?

“I enjoy writing. It is an inexpensive hobby that provides a fulfilling experience. That, and, at first, it was partly the ego of having a published book helped push me to complete my work. But later, you learn how foolish an ego-driven motivation is. Now it is just writing for the sake of writing. Writing is what I do.” 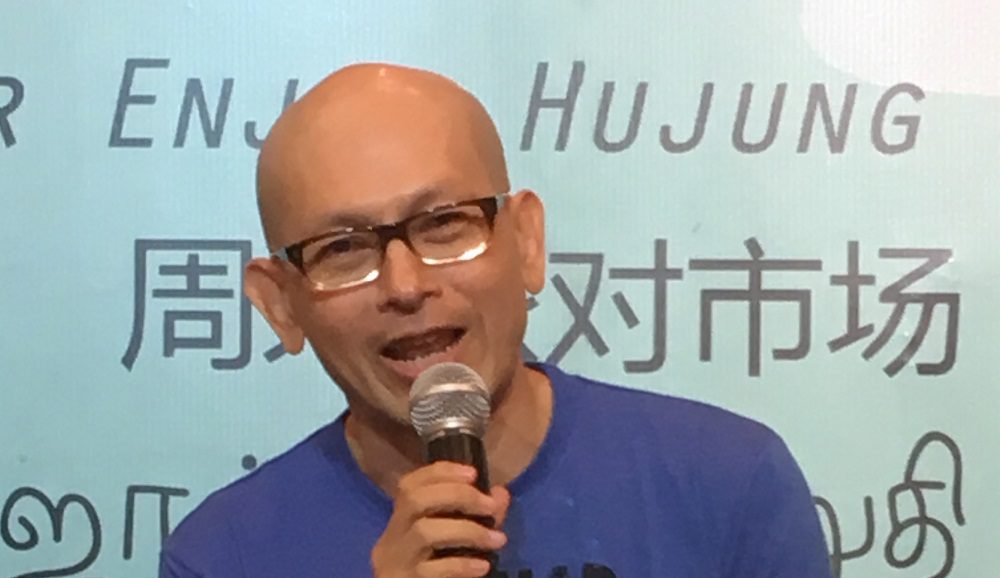 Interestingly, an academic paper was written about his book.

“I am surprised that my novel garnered academic interest. A Scottish professor once wrote a paper on my book, and published it in Asian Gothic, published in Singapore.” There have been other academic papers published since then.

On the subject of having the book being adapted into a movie, Tunku Halim said that he would like to see that happen, but he would rather not write a screenplay from scratch.

“I don’t mind collaborating on the movie script though.”

Tunku Halim’s Dark Demon Rising is available at all major bookstores nationwide. Feel free to stalk him on his Facebook, but just don’t look behind you when you do that.