Growing up, Amrita Soon never really thought that she was talented.

“I thought I was pretty bad at music,” the 21-year-old lass from Subang tells me.

The Seremban born began singing at karaoke competitions organised by the Disney Channel when she was 11-years-old. By 14, she had began composing her own songs. 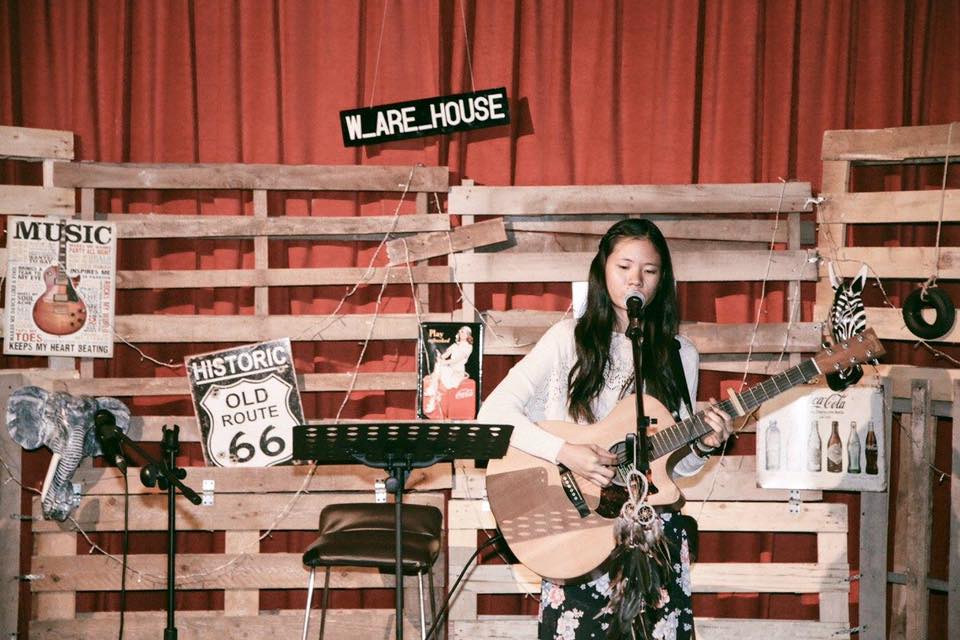 “But I was afraid of sharing them. I was afraid what people would think of me because writing songs that are personal would make me appear like an open book. And that’s scary.”

So Amrita began performing covers of various artists using her guitar and at times her piano. As time went by, she began uploading these covers onto Youtube and received quite a following.

Though her mother is a pianist, it was the American video-sharing website that became her teacher. Through Youtube, she learnt how to play the piano and guitar. And she also learnt to open up to the world. 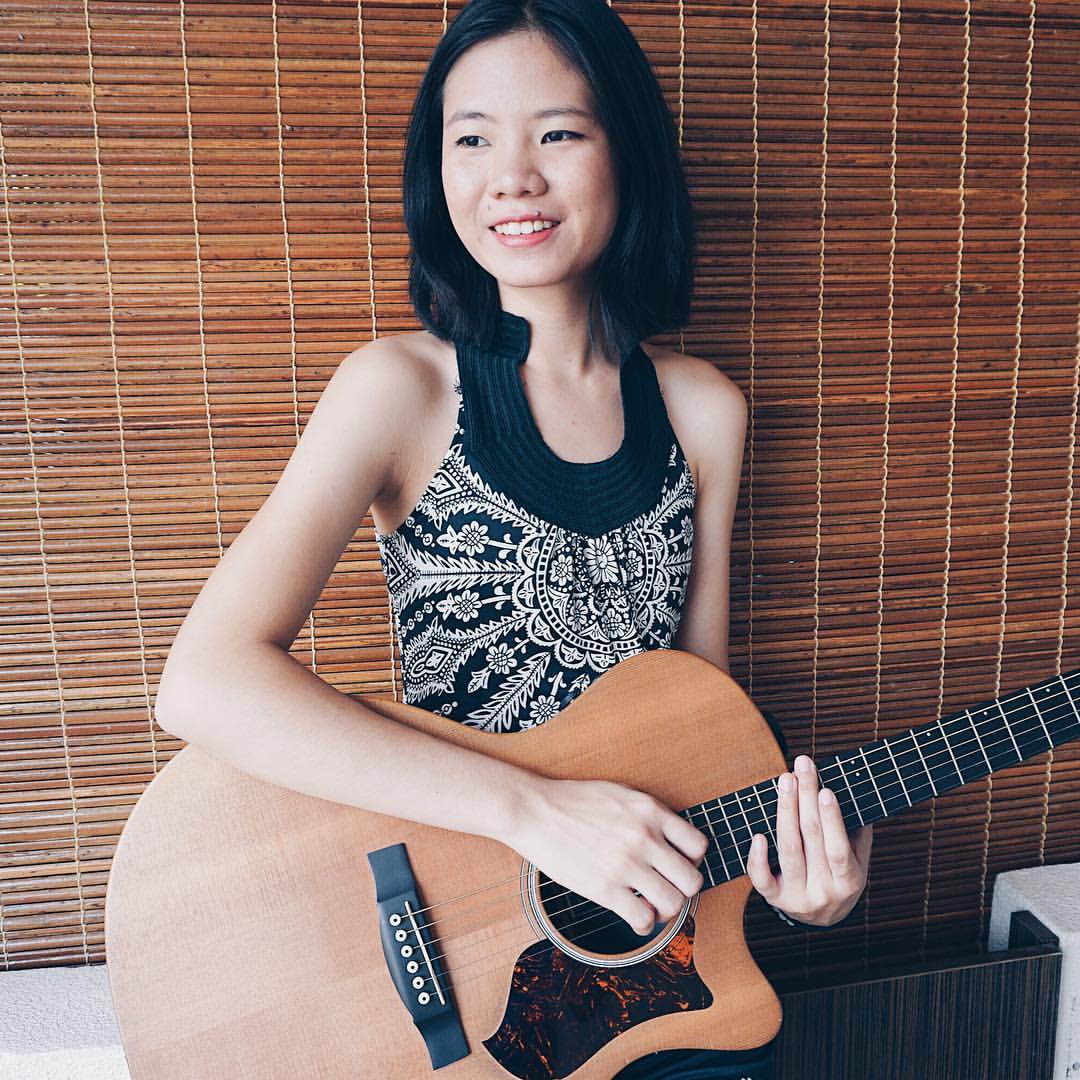 While her parents are supportive of her dreams of becoming a full-time musician, Amrita says it was a double-edged sword.

“I feel, at times, people didn’t take me seriously. They think my parents managed me,” she says and adds, “My biggest challenge is myself.”

Like anyone in the creative industry, there does come a point where one begins to doubt oneself. There are moments where one feels that one can do better.

The only way to combat these insecurities is basically embracing them for what they are, as Amrita eventually learnt.

Her first live performance was at Dopple Cafe, Central Market where she was invited to perform. She took the offer though deep down she was extremely doubtful.

“When it was my turn to perform, I was so nervous that I forgot the lyrics of the song!

“So I skipped that song and went on another. Thankfully the folks at Dopple were supportive.” 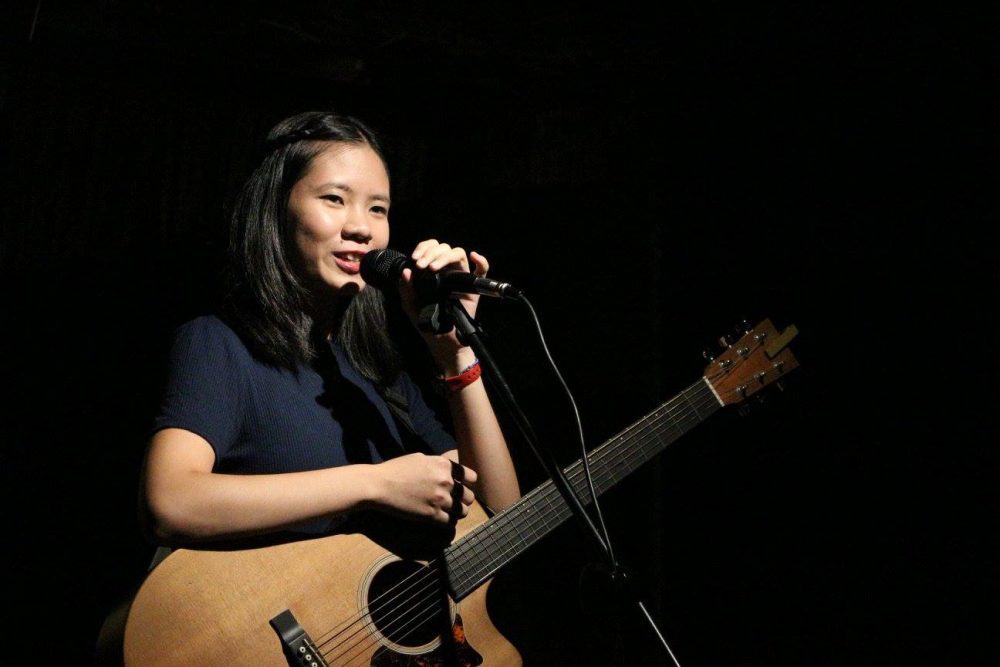 It was this moment which led Amrita to put her fears and insecurities to rest. Though she does admit that she still feels nervous especially when there is a bigger audience, she goes back to her mantra of embracing these fears.

Her courage and resilience has led Amrita to perform at various gigs and events for the past five-years.

“I now know what kind of singer song-writer I want to be, but I just don’t set high goals for myself,” she laughs.

True to her name (which in Sanskrit means nectar), Amrita’s voice is beautifully soothing. Closing my eyes while listening to her cover of Yuna’s Langit, her voice reminds me of the gentle breeze you feel on a clear blue morning.

Having released her first EP, Clues, in December of 2014, Amrita said much of the theme of her music has always been about relationships – specifically the manner in which people treat one another.

“My music expresses a lot of feelings, emotions and stories. Much of my inspiration comes from someone else’s life and so I tell their story through my music.” 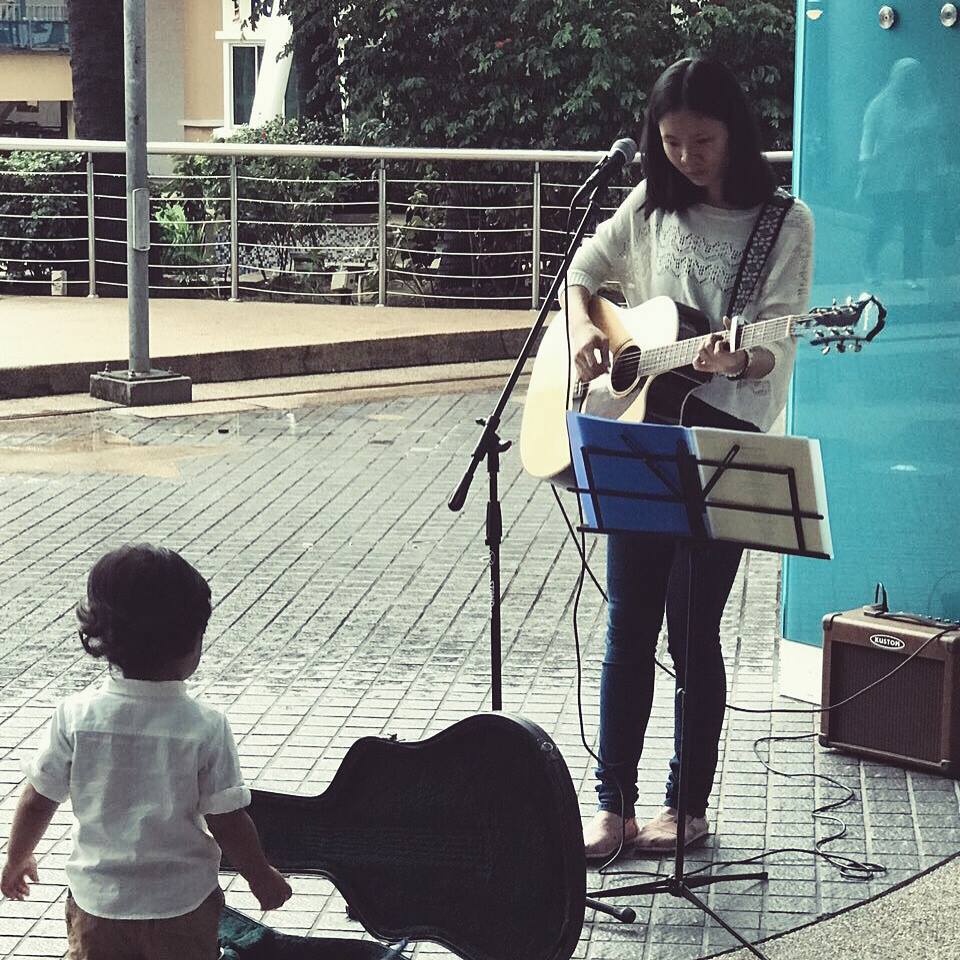 Sometimes when Amrita is out with a group of people, some of the ideas do drop in.

“That’s when I pretend like I’m texting but in actual fact I’m quickly writing these ideas down.”

Her process of creating music begins organically. She tends to write the melody and the lyrics of a song down together.

“They sort of come out gibberish at first and that’s when I fix the words or swap the lyrics. And then from there, the song is born.”

Amrita is now in the process of working on an album which she hopes to release by this year. Her EP, Clues, can be purchased on iTunes and Spotify! Don’t forget to follow Amrita on Facebook, Instagram and Youtube too! Come check out this songstress at intim sessions #4 on August 19 (Saturday) at Indicine, The Kuala Lumpur Performing Arts Centre at 8.30pm! Entry is a minimum donation of RM15.