If you were among the many who publicly lambasted the Film Censorship Board (LPF) for their attempted ban on Disney’s Beauty and the Beast, Congratulations! Latest news says you’ve won! You’ll get to see the show in its entirety in the cinemas come March 30.

It’s got a PG13 age restriction, but no one’s complaining about that cos afterall, them kids can wait until they grow up.

So what have we learnt from this episode? Your fervent diatribe and vitriolic spew on social media platforms actually work!

At least we definitely hope so! Cos based on our list, the tides can change despite initial success of public tirades. 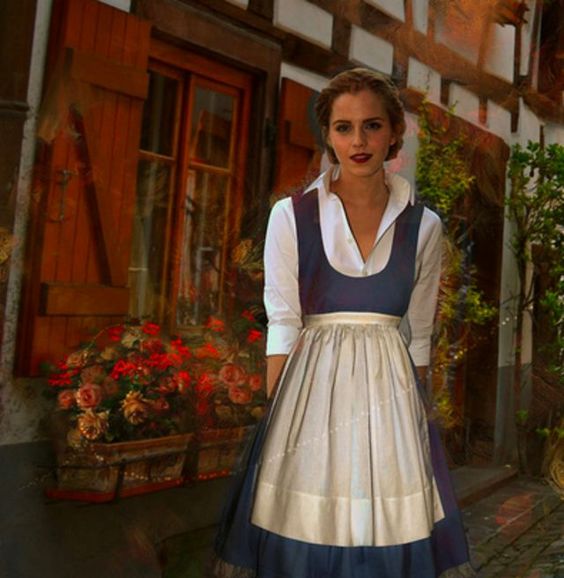 1. Beauty and the Beast with Emma Watson

This Disney classic remake was reportedly touted as the first film to feature a gay character when director Bill Cordon apparently said,”yada yada…But it is a nice, exclusively gay moment in a Disney movie.”

What Cordon truly meant to say, you can read his whole quote and make up your minds yourself lah.

Of course, that last bit with the word “gay” there triggered some sensationalism along the lines of Disney giving a nod to LGBTQ rights, and in turn got a whole lot of others getting their knickers twisted in a bunch. The latter fellas in Malaysia are responsible for the “arrest” of the show’s release, which was scheduled for March 16.

But then you guys on my Facebook feed, the ones who ridiculed the ban as silly, homo-phobic and smacking of double standards (since rape and other violent scenes seem to easily bypass censorship) – it looks like your virtual activism may have paid off!

Based on this article by my old employers, The New Straits Times, it could be that Disney’s appeal to reverse the ban could have also turned things around.

Some months ago, it was reported that traders selling paint brushes containing parts from pig without proper labels could face a RM100,000 fine, thrown in jail for three years or both. This news naturally sparked an online war among Malaysians with opposing views on the issue.

Muslim groups, who were concerned with coming into contact with materials considered “haram”, i.e stuff made from pig or dog, felt the action by the ministry was necessary. Others touted it as unexpectedly heavy handed and bordered on triggering racial provocation.

In the end, no businessmen or artists were arrested for selling or handling such brushes. Phew! Thousands of boar bristle paint brushes were however seized from shops, and later returned for proper labeling. 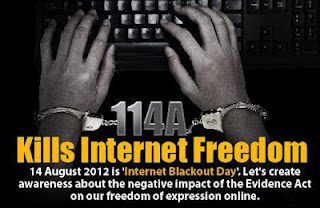 Once upon a time in August 2012, there was an awesome combined effort by the local media, arts and a variety of civil society groups to protest against a piece of legislation known as Section 114A of the The Evidence Act 2012.

Some of the guys that were involved include radio station BFM, Malaysiakini, Free Malaysia Today, Digital News Asia, Time Out KL, Paultan.org, and OhBulan! You can see the complete list here and learn more here.

Why I call it awesome? Well, while the law itself had been passed and even used in some cases since this blackout protest, it was noticeable enough by Prime Minister Najib Razak who then tweeted about it.

You can get the nitty gritty on that story here, but TLDR, the awesomeness ended at the tweet.

The e-democracy exercise in this case seemed to have worked because it caught the attention of the right people but its aim was not fulfilled. Maybe the blackout should have been prolonged? But who can live without internet for too long these days la kan? In any case, the authorities seemed to have been inspired by imposing a permanent blackout on certain expressions and organisations. 🙁

Lena is an activist who had in in July 2013, screened a documentary called ““No Fire Zone: The Killing Fields of Sri Lanka” directed by prominent filmmaker and journalist, Callum Macrae.

Subsequently, she was charged under the Film Censorship Act 2002 for showing the documentary without a license. This law can apparently get you behind bars even for something like a home video.

But obviously, Lena’s friends, which include internationally acclaimed folks from the film-frat, wouldn’t have none of that! Oh no no no!

A global movement in her defense was started, which include more than 100 famous names signing a petition calling for her release. This featured the likes of rapper, M.I.A, known for her potshots on politics in her rhymes, Laura Poitras, who won an Academy Award for her documentary on Edward Snowden, Citizenfour and  Joshua Oppenheimer, famous for The Act of Killing and The Look of Silence.

Lena almost dodged the jailbird costume in March last year but that ruling was set aside and she was dragged back to the courts to be found guilty. Details here

Her sentencing upon the conviction is today, but that didn’t end the protest songs.

The collaborative project, titled “Rise from the Ashes” is also by Freedom Film Fest and the shots were taken by photographer, Vickneswaran.

Check out the campaign video below!

Could these efforts have led to a lighter sentence for Lena?

Earlier today, the former Komas programme manager was ordered to pay RM 10,000 or spend a year in prison by the Kuala Lumpur magistrate’s court – a lighter sentence compared to the proposed three years jail, or a RM30,000 fine or both BUT still a tad excessive for playing a show to a relatively small audience.

When I spoke to Lena today, she said she was still mulling whether to appeal her conviction and has since paid the fine.

“I am however thrilled that artists are getting together to express themselves and stand up against censorship,” she tells me.

Tweeting a couple of hours-ago, Callum, the documentary director, said Lena’s punishment was an embarassment to the Malaysian government and bad news for freedom of expression.

He also pointed out how ironic it was that such a big fine was imposed against the screening of a documentary already widely available on the internet.

So it seems to me that speaking louder works! Keep speaking up – viva le revolucion!

Have you got strong feelings about the arts, censorship and activism? Comment below or tell us at [email protected] We also welcome opinion pieces!