Today morning, Malaysians learnt the sad passing away of a legendary graphic novelist, Azzam Supardi, who passed away due to heart related illness.

Azzam – who also goes by his pen name Toyon – was no stranger to the local literary and arts scene. He is well received for Aku Hidup Dalam Blues, a graphic novel which he collaborated with cartoonist Aie (Shaari Sulong).

First published in the now defunct Malay language comic magazine, Ujang, in 1994, the novel was then cartoonised into Blues Untuk Aku, a bold attempt by Aie in unifying poetry and comic in a Malaysian context.

While Aie created a gorgeous background through water colour and ink – a totally non-conventional approach in making comics back in the 90’s – it was Toyon who used his literary prowess to give the piece the much needed depth. 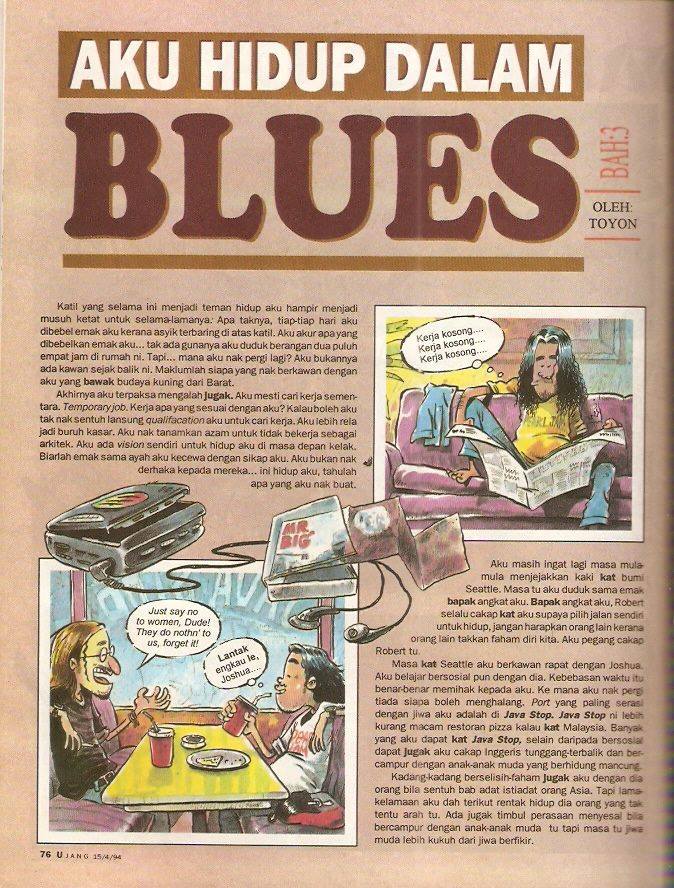 Being the brainchild of Aie, the entire series was sort of like an artistic experiment because there were times when several panels and pages of the comics had zero dialogues.

The theme of the novel was loneliness, friendship and love and how these three somewhat intertwined with each other.

While both talented artistic craftsmen provided a deep and thought provoking insight into this subject, many fans also claim that it was Toyon who introduced Malaysians – specifically readers of Ujang – the grunge culture and Pearl Jam through the series. 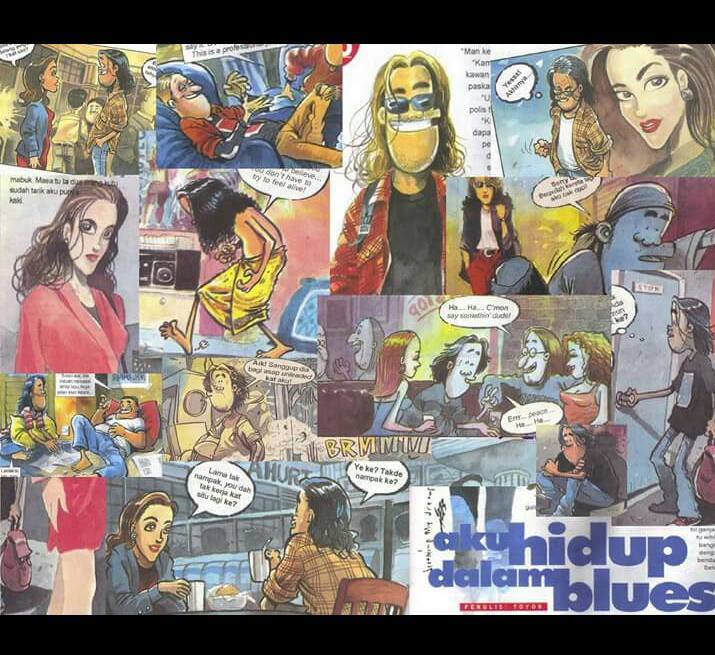 The first volume of the series was published by MOY Publications Sdn Bhd (the same people behind Ujang) in late 1999. It contained 12 episodes with a special prologue written at the front – which was not included in Ujang’s version.

However the series began facing trouble when it was not published in Ujang for four-months. The magazine never provided any reason and fans were left disappointed.

In May 2000, the series made its return but its pagination was reduced tremendously. 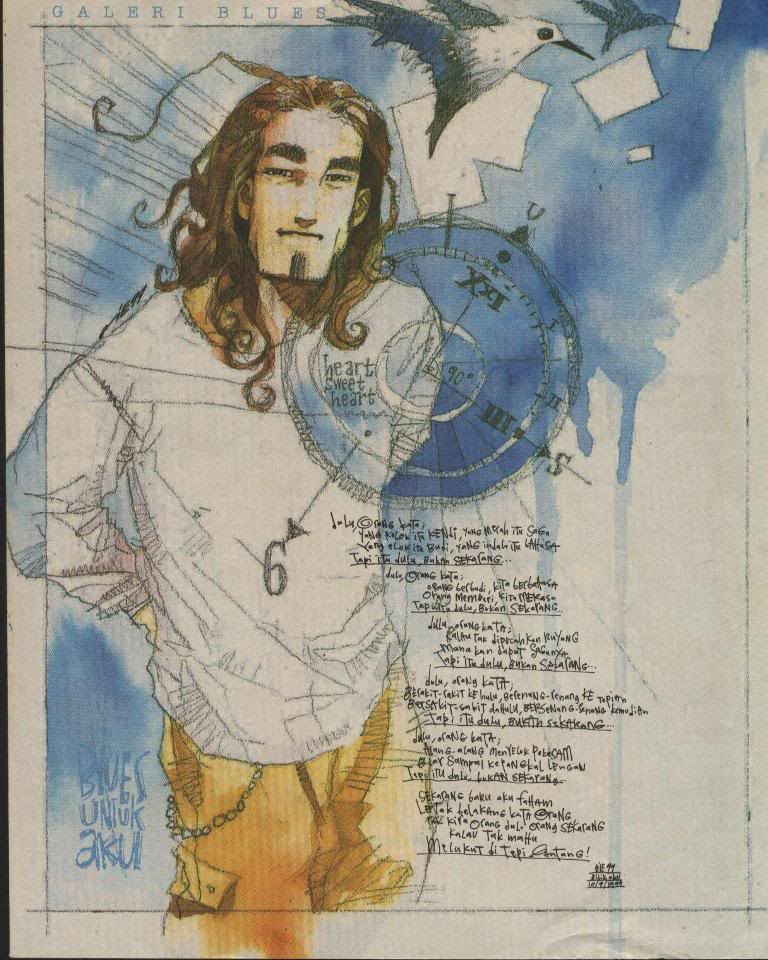 By August the same year, Aie’s name was no longer included in the byline. Blues Untuk Aku ended its run in the same month.

In 2001, MOY Publications Sdn Bhd published the second volume of the series.

It was such a phenomenon back then that many Ujang cartoonists such as Manggis and Bacang created parodies of the series.

Definitely a sad day for the Malaysian arts. We leave you with one of Toyon’s hilarious Facebook post. It was his humour that made an impact to many.

What was the most memorable thing about Aie & Toyon’s Aku Hidup Dalam Blues? Drop us a comment or send us an email to [email protected]