Undoubtedly, it was a challenging production for three reasons; Pinter’s economical dialogue that left a vast room for interpretion of the script, staging an additional show in Bahasa Malaysia and thirdly, which in my opinion is the toughest, the fact that the first scene began in the year 1977 and ends in 1968. A nine-year progression of a story in reverse!

With a strong cast comprising Stephanie Van Driesen as the manipulative and secretive Emma, Razif Hashim as the oblivious Jerry and a scheming Robert brilliantly portrayed by Omar Ali, Joe’s version of Betrayal left me contemplating and coming up with my own theories about the decisions of the characters in Harold Pinter’s acclaimed play.

The premise of the play hinges on adultery – Emma, who is married to Robert, has an affair with his best friend Jerry. The infidelity is secreted away in a flat for a duration close to five-years before Robert’s untimely discovery of it at a holiday trip to Venice.

Thrillingly, Emma does not reveal to her lover, Jerry that her husband, Robert is in the know of the affair. They continue their extramarital relationship for another two-years before Emma decides to pull the plug.

Now, here is where my theories come in – much based on Omar’s portrayal of Robert, who is a publisher.

In the first scene (1977), following the collapse of her marriage with Robert, Emma meets Jerry for the first time after two-years. This scene was executed brilliantly, that it started to set off a chain reaction of theories – in my head.

See, Jerry works as an agent who scours for potential writers for Robert to publish. Yes, they’re not only best friends, but also business partners!

Jerry recommended a writer named Casey to Robert. In the first scene progressions, we learn through Jerry that Emma is seeing Casey.

Call me a conspiracy theorist, but something in Omar’s execution of Robert led me to believe that he could have orchestrated the collapse of Emma and Jerry’s affair.

If you’ve watched Joe’s version of Harold Pinter’s Betrayal or is familiar with Pinter’s work, let’s put the two to two together. In scene five (1973) – When Emma revealed her affair to Robert, he tells her that he declined to publish Spinks (another writer) because his work had nothing much to do with betrayal. However, Spinks gets published anyway by a different publisher. 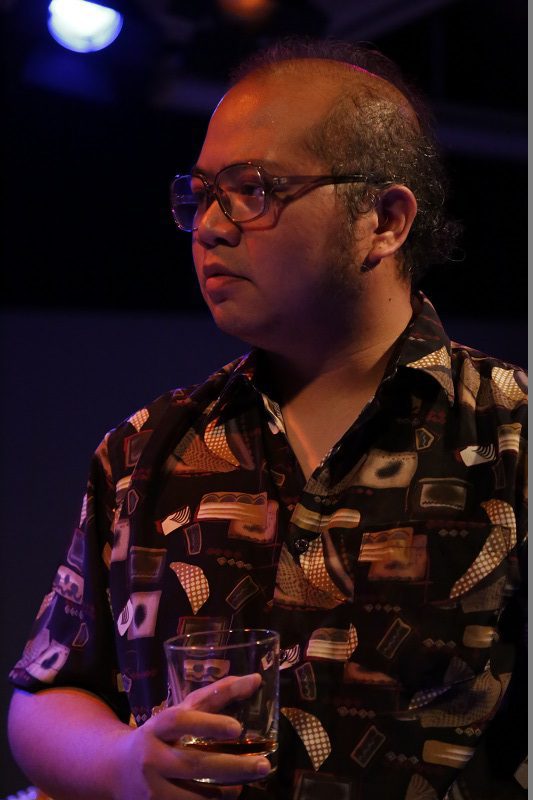 Casey on the other hand left his wife in 1974, around the same time Robert decided to publish his work.  A year later (1975), Emma and Jerry’s affair crumbles.

Did Robert publish Casey’s work on purpose, subsequently making him famous enough for Emma to have an affair with? This is not mentioned at all in the script but Pinter is known to enjoy throwing subtle hints through clever play of words.

Omar’s take on Robert, in my personal opinion, is rather unique for such a complex character. I feel, it is the hardest character to pull off because Robert not only has to endure and mitigate the building rage within himself (imagine if you found out your wife or girlfriend cheating on your best friend) but also the desire to mete out revenge while playing it cool the entire time. 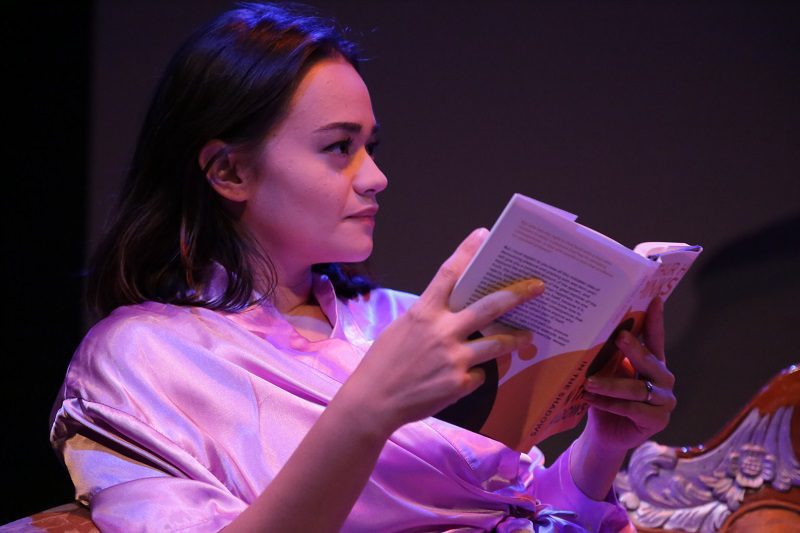 Typically, many adaptations have gone down the stereotypical route, in which Robert is often portrayed as a victim of circumstance. Some had even portrayed Robert as a geeky, nerdy fella.

But Omar’s Robert left me wondering if he was more manipulative than the star manipulating character, his wife!

He didn’t tell me, of course. Instead he  grinned and remarked, “Interesting!” 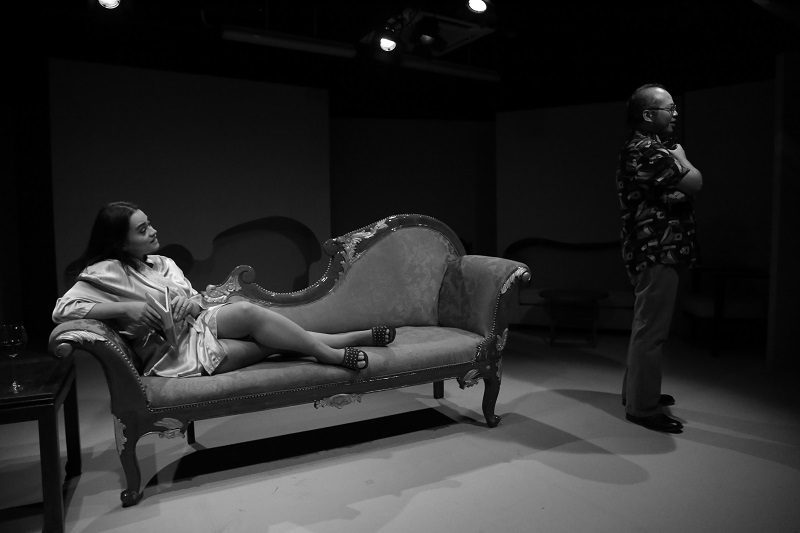 The play was staged at an intimate setting – Indicine – to a minimalist set design by Paul Hasham and costume by Dominique Devorsine. All the actors – including Jad Hidhir’s hilarious take as an Italian waiter – got me quite immersed as an audience, in the well loved “cultural decade” aka 1960s.

Stephanie delivered a flawless personification of Emma while Razif pulled off a remarkable portrayal of an individual that is absolutely clueless and incapable to distinguish love between lust.

What about the Bahasa Malaysia version, you ask?

I managed to sit in for that as well. While the English version toys alot with wordplay, the Bahasa Malaysia version, for many (including myself) was emotionally stimulating. Perhaps it was the language itself that created such a result.

Now, it might seem hilarious at first imagining all the casts in suits and ties, playing Englishmen but speaking in Bahasa Malaysia but this was not the case.

The clever inclusion of certain English words and phrases, especially in important parts of the dialogue lent a sense of realism to the Bahasa Malaysia version. I would highly recommend lovers of theatre, language and hyper-polyglots to sit in for both versions to analyse the delivery of the dialogues and the feel of each variant.

To add to a sense of realism was sound designer Khairil Imran’s spot on choice of music, which brought out the sixties feel. I was told that he had given Joe three choices of music for every scene. The choice of songs definitely assisted in setting up the tone and mood for the before and after of each act.

Stage manager Bebe Chan should also be mentioned here because of her brilliant usage of Oolong tea and Ribena to give the impression that the actors were drinking wine. It was so believable that by the middle of the play, I had developed a strong craving to grab myself a glass of wine as well.

According to Omar, the actors actually enjoyed their drinks so much on stage that they looked forward to drinking Bebe’s beverages in each scene.

My one and only beef with the play was that the changing of scenes could have been done alot faster but that’s because I was impatient to learn what happened next. All in all, an impressive and stimulating play to check out if you’re looking for a quality theatre performance.

Harold Pinter’s Betrayal now journeys north to the Performing Arts Centre of Penang (Penangpac) where it will be staged from 16 – 17 June. To purchase tickets, call 04-8991722 or go to www.ticketpro.com.my Want us to review a show or a gig? Drop us an email at [email protected]