Titled, “TWIT TWIT, CIN CIN”, the title is derived from the tiny extra characters or symbolism that the cartoonist has been known to insert into his satire pieces frequently.

“Twit-Twit and Cin Cin are two unique, prominent extra characters that appear in my cartoons everyday. 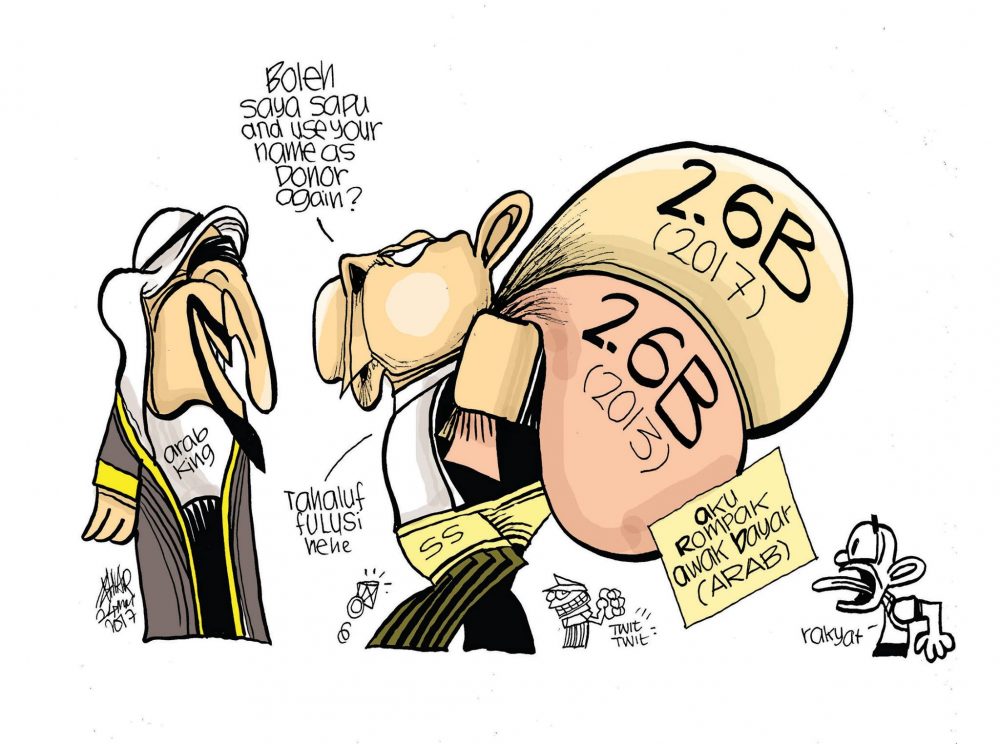 “Even though they are small in size, but they carry strong reminders to the people in a country dubbed as Kangkong Land,” Zunar says through a press statement on his website today.

He adds that Twit-Twit is a symbol of abuse of power, while Cin Cin is a symbolic representation of public funds going to waste.

We’re not telling you who these two characters represent (don’t want to kena cekup!). Buttt you can check out this feature we wrote on the symbolism. 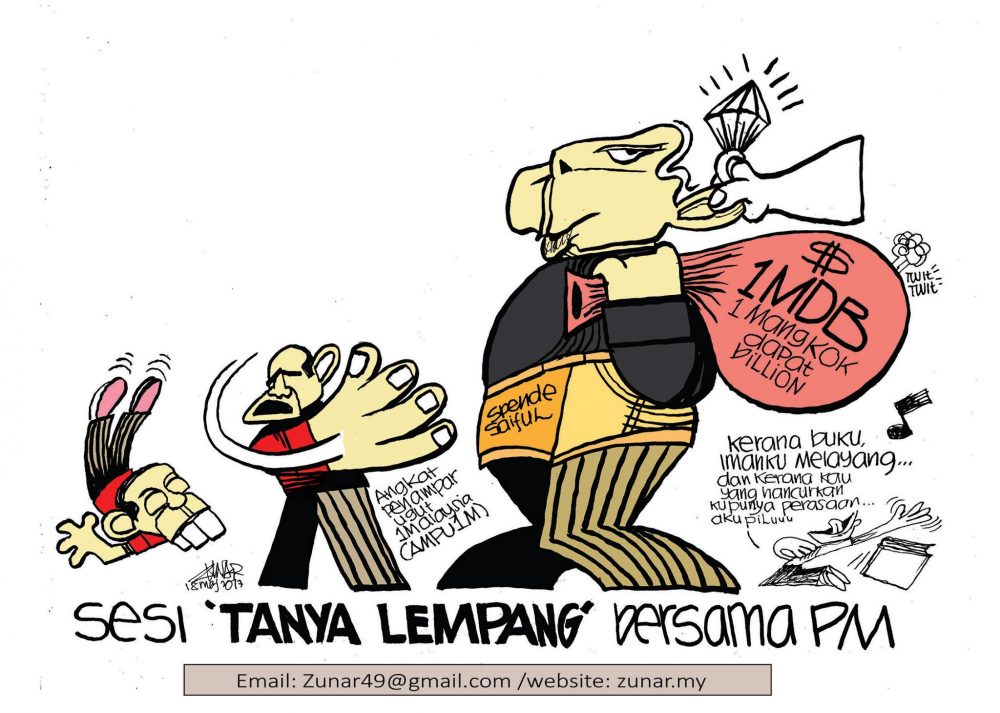 Anywayyy, his latest book consists of 186 cartoons from 2016 to 2017 with much of the focus going to the 1Malaysia Development Berhad (1MDB) scandal and the infamous RM2.6 billion donation.

Zunar explains that his artworks are visual language, revealing the connection between corruption and the rise in Malaysian’s cost of living.

“Among the characters in the book will be Sapuman, Donald Dedak, Mickey MAH, KTN (Ketua Twitter Negara), WCM and Spender Saiful, and all of them live in a town called Putar Jaya,” the cartoonist quips. 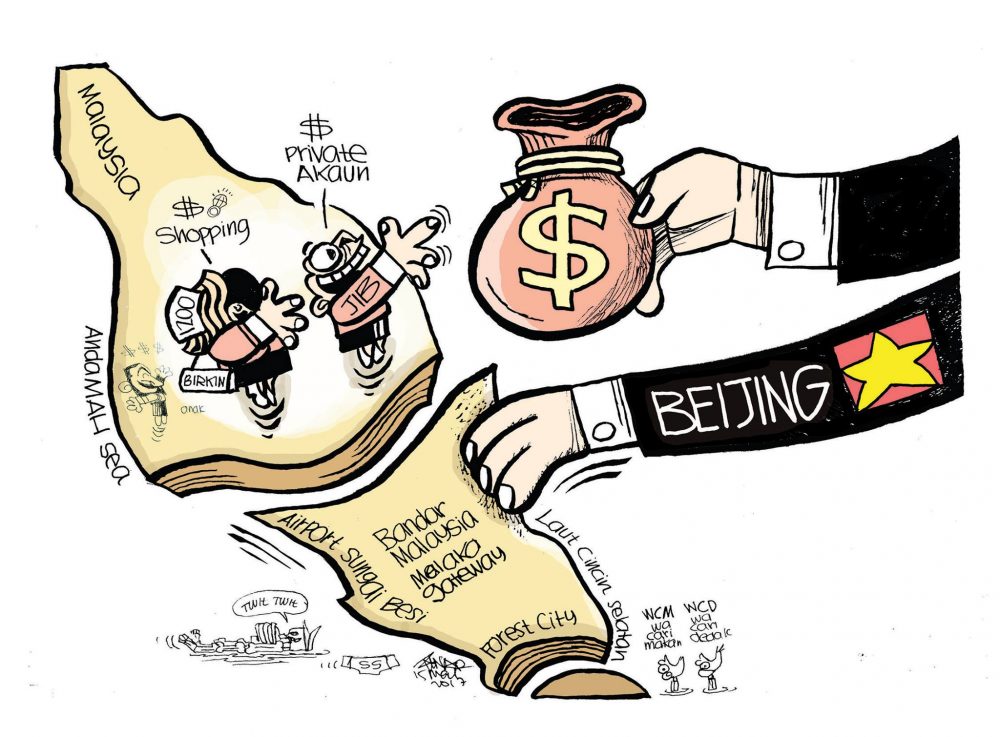 What about arrest and confiscation of books?

Well, it looks like Zunar has learned from past experience when 1,300 copies of his cartoon books were confiscated while he was arrested by authorities in December last year.

“Only photostate copies of “Twit-Twit, Cin Cin” front cover will be sold at the launch this time round. And then I will send the real book to the buyers after the program.

“For the police, they can seize as many photostat copies as they want, I have no problems with that,” he promises.

Zunar’s book is priced at RM26 (as a poke shot at the RM2.6 billion donation) and will be launched on June 3, at the Selangor Chinese Assembly Hall, Jalan Maharajalela, Kuala Lumpur at 2pm. Click here to purchase his cartoons online. Have a book launch coming up, drop us an invite to [email protected]