Directed by Nell Ng, the musical was an adaptation of the Grimm Brothers’ fairy-tale by Stephen Sondheim, known as the godfather of musical theatre. 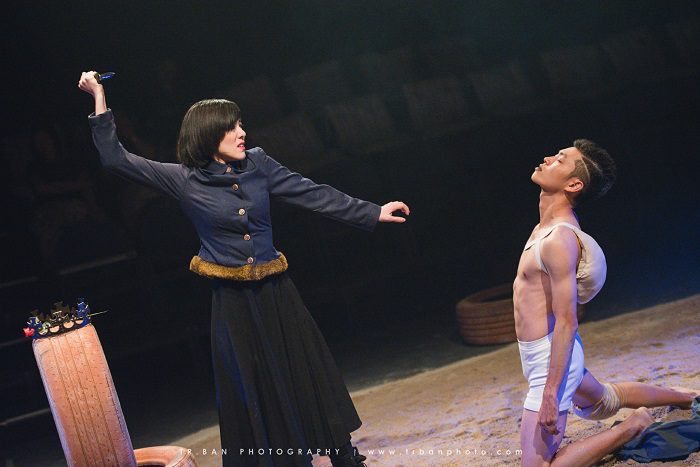 Meanwhile, Dr. Deric Gan became the Best Director for a consecutive year following his meticulous direction for Richard III. The play, which was staged at the Kuala Lumpur Performing Arts Centre (klpac) in December 2016 was presented by The Actors Studio Seni Teater Rakyat and Muka Space. Previously, he had won the award for The Dawns Here Are Quiet.

This year’s Cammies’ were slightly different it underwent a drastic change in the number of awards that were handed out. A total of 12  awards were allocated for six productions which were nominated for “The Best of 2016”. These awards were categorised as; dance, music, theatre and musical theatre.

The selected productions were; Black & White @Variation Rerun 2016, From Soho to Shinjuku: Half Man Half Myth, Into The Woods, Richard III, Shakespeare Goes Bollywood and The Language Archive.

Here’s a complete list of the recipients for the 14th BOH Cameronian Arts Awards!

Best Overall Production: Into The Woods

Were you there at the Cammies last night? How was it? Share your experience below! Or send us your lengthy thoughts over to [email protected]