For more than two-decades Comedy Court duo Allan Perera and Indi Nadarajah have been leaving Malaysians in stitches. And they have done it again through their latest show, “Rally On”.

The two of them are no strangers in the local comedy scene. Having met six-years before the founding of Comedy Court in 1997, the duo have forged a symbiotic partnership; a key in their ability to turn any situation into comedic gold.

They’re both best remembered for their extremely Malaysian no holds barred political and societal satire through their on stage personas; bar lawyers Loga and Singam, Mertle and Thavi, and previously playing regular spa frequenters KC and TC, and even Malaysian politicians, Mat and Din.

You might have seen this video being circulated around the web.

The advent of the internet, specifically Youtube, helped in making their names known to a younger generation.

So when news broke that they’re set to return on stage after a two and a half year hiatus at PJ Live Arts, I immediately jumped at the opportunity.

“Rally On”, which had all of its shows sold out the week before its run, leading Comedy Court to add two more shows on March 27 and April 3, tells the tale of housewife Thavi and her (mis)adventure during the Bersih 3.0 rally. This time, Allan plays Isabella, a new addition to a string of his stage personas. 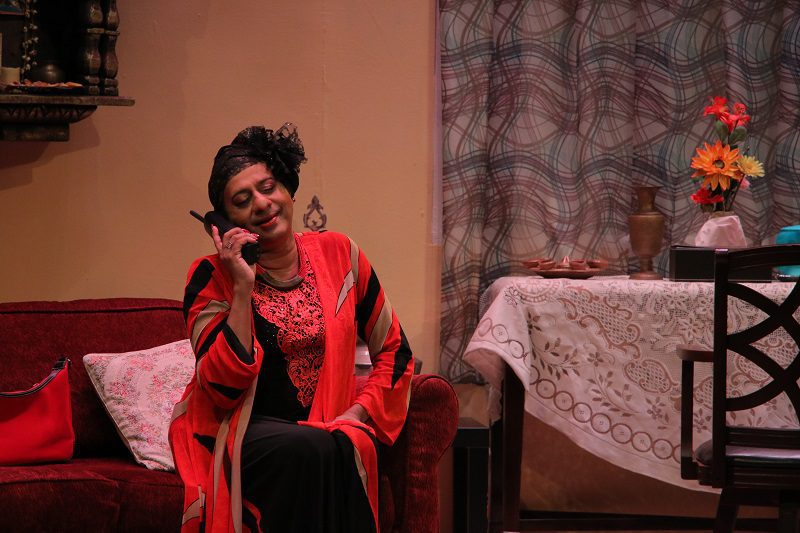 Witnessing Indi and Allen portraying their characters on stage for the first time in my life was one heck of an experience!

I remember looking forward to Allan’s “Duh Late Debate” back in 2004 on NTV7 and have always wondered in amazement how an actor could don four roles consisting of a myriad of personalities and eccentricities with such ease.

So when I witnessed the both of them doing just that, I was transported into a world where the characters of Thavi, Mertle, Loga and Singam indeed existed and were actual people. 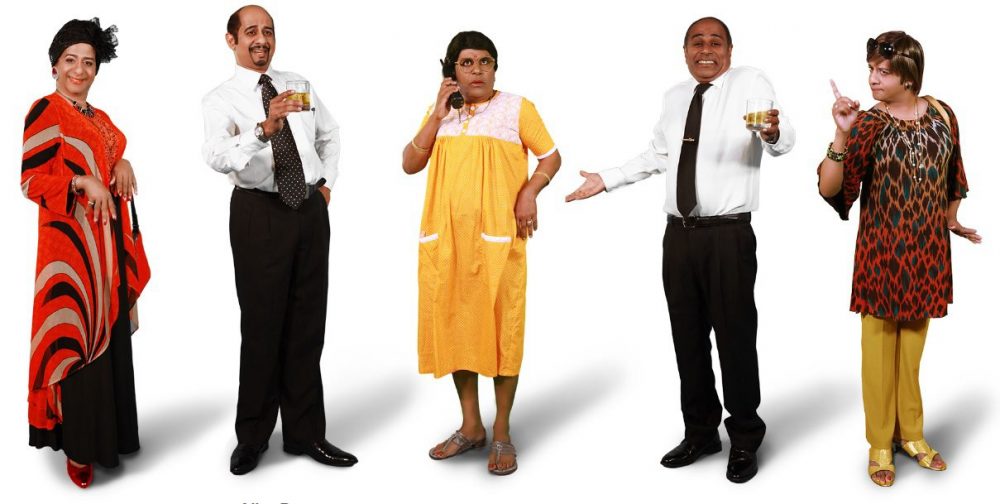 Both actors had met at Instant Cafe Theatre (ICT) way back in 1991 and as seasoned performers, they have the ability to improvise.

There were several occasions when Allan had forgotten his lines, but the duo played along so well to give the impression that it was part of the entire skit. Best part, they did it with their signature humour, and continued to entertain their audience without letting up a hitch.

“Rally On” is a witty take on how Malaysians view the famed street protests which of late, has become an annual affair in the country. 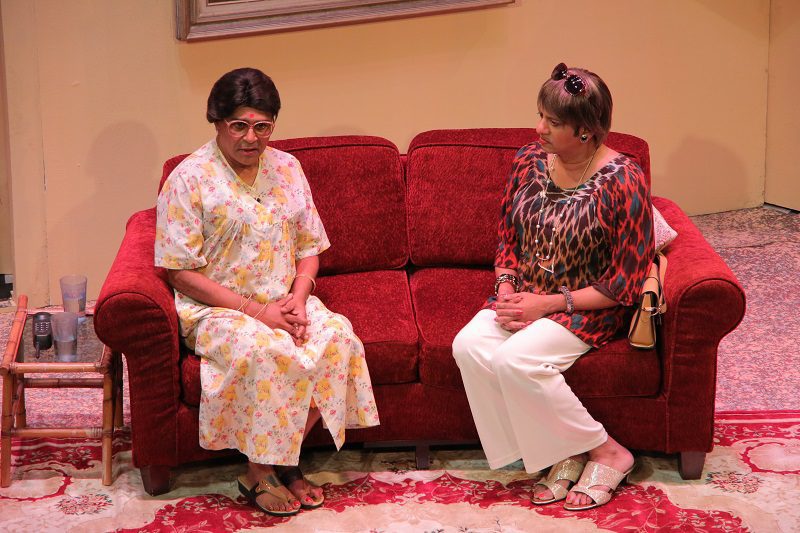 No doubt some of the policies and decisions made by the ruling coalition have been questionable and not in the interest of many, “Rally On” basically presents the facts of the case; that Malaysians, in the end, play a huge role in the direction this country is headed. And yet we – the quick to anger liberals, the so called progressives and the rightfully justified conservatives – have immense flaws ourselves.

These flaws, alas, are the very reasons as to why Malaysia is what she is today.

Indi’s Thavi, for one, is an Indian housewife who is staunchly religious and yet falls for the trappings of gossip and exaggerating her life’s experience – specifically her take on the Bersih 3.0 rally, which she blows out of proportion. She is basically a symbolic representation of a segment of the older generation. 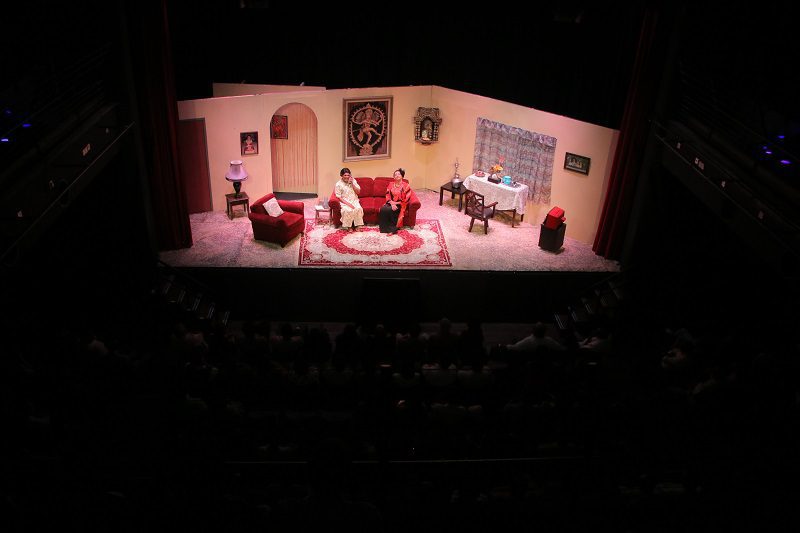 There’s a memorable scene where she sits down to watch Richard Attenborough’s Gandhi and gets inspired to use some of the dialogues in the film as part of her comments when a journalist calls to find out more about how she was “brutally harassed” by the police at the rally.

The bad guys of Gen X are also there- represented by opportunistic lawyers, Loga and Singam. The both of them plot and connive ways to make Thavi presented as a hero to the Indian community and at the same time use her as a pawn to fleece huge amounts of money from the government. 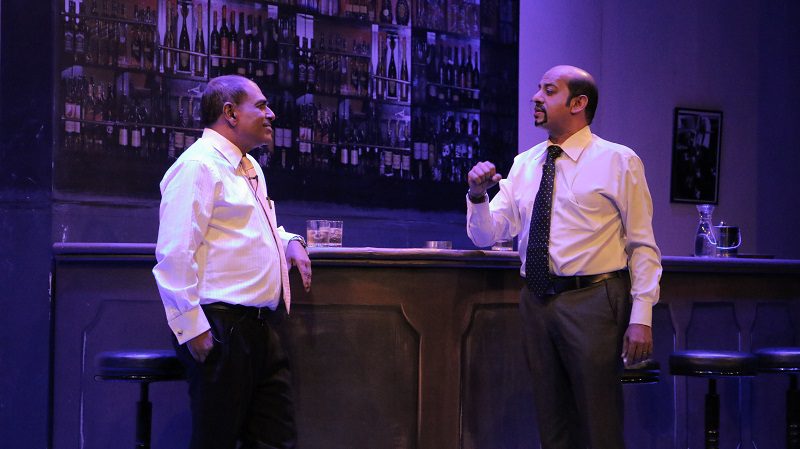 What made “Rally On” stand out of the other Comedy Court’s performances, is the message in it; the fact that it is no longer about political parties or ideologies, rather the values we have within us as Malaysians.

And for that, I have to give Indi and Allan a standing ovation. Because they basically pulled every Malaysian’s pants down and made us all laugh at the same time. 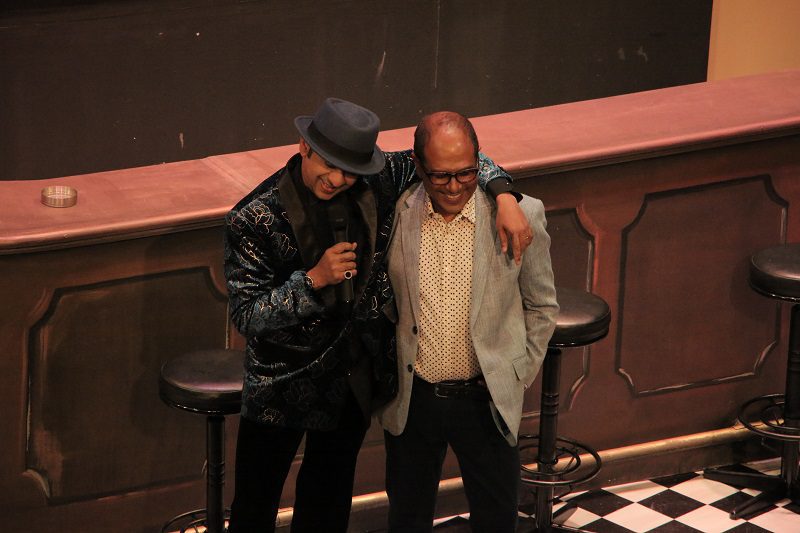 Follow Comedy Court here. Did you catch Allan and Indi as well? Share your experience in the comments below! Want us to review a performance or show? Email [email protected]