With the growth of home recording technology (made affordable to everybody), many homosapiens find themselves venturing into music production. While some eventually pull multiple duties as studio owners, sound engineers, and even vocal coaches, the rest went on to work as music producers, producing award-winning songs.

Galvin Patrick is a Simanggang-based music producer. His passion for music developed at a very early age, from watching his mother playing the keyboard and eventually learned from her. In his teen, he picked up the guitar and thereon mastered the art of playing the keytar.

The 30-year-old is also part of a church choir as a singer and a keyboardist. In his college days back in 2007, he actively performed in the local music scene as the keyboardist for independent bands like ‘Lateral Faction’ and ‘Solemn’.

Over the years, he naturally gravitated to compositions and has come to specialise in producing music, which he does in his bedroom using mainly FL Studio 12.

Galvin does not want to have a signature sound. He wants to be viewed as a more versatile music producer. On that ground, he has collaborated with and produced for a number of local and international artists on different music genres. This includes Paulo Santos, a singer from Brazil, Masia One, a rapper from Singapore and Melissa Francis, an Iban songstress from Sri Aman, Sarawak.

The music business is a nasty, cutthroat environment that will chew up and spit out those who are not well-ordered. And Galvin’s journey is also a rocky one. However, he is not allowing anything to slow him down. In fact, through his music, the producer has helped made the world a little better.

In 2011, he contributed one of his songs called Try To Save The World to help the victims of earthquake and tsunami in Japan through ‘Indie Aid Japan’, a compilation album of 28 digital tracks. 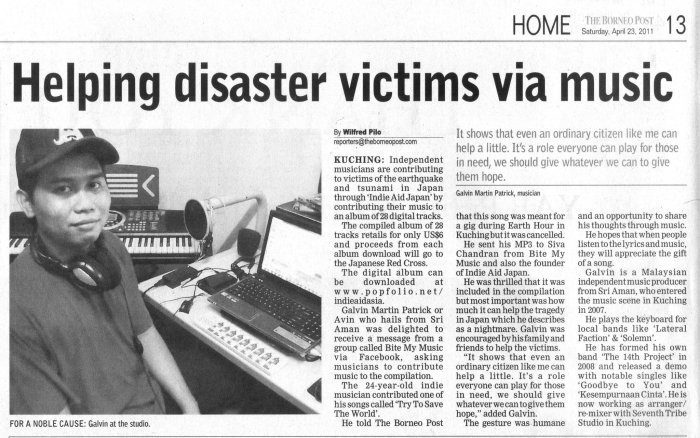 You play the keys, you write and sing a little bit, and you produce. But you consider yourself more of a producer, correct?

Yeah. But I have trouble defining myself actually, including my genres. I also do a little bit of this and that. What I do love is, capturing ideas and turning them into songs.

A lot of people have the notion of producers as self-taught, bedroom musicians. Are you one of those and do you have a formal musical education?

I never took any professional training or classes. Most of the time, DIY or self-studied. Although I wish I had taken a formal musical education or any sound engineering courses. It was a tough call due to a tight budget. Most of the courses were in KL or overseas during that time.

I see. Shall we talk about your journey of becoming a self-taught producer then?

Sure. Let me begin with that time when I asked my uncle to get me a pirated software CD. I was looking for the best audio converter, for ringtones – the one that can chop the audio and have all the basic functions. Then I saw the ‘Magix Music Maker’ software in that CD, tried it out and was amazed by the functions. I thought to myself that ‘this is a hidden gem’. I started using it, and get to know the basics from the HELP file. There was no YouTube tutorial during that time. A few years later, I discovered Sony Acid Music, then shifted to Reason, Cubase, Ableton Live, and finally using FL Studio till now. It is the best DAW (Digital Audio Workstation) so far for me! I bought the original copy a few years back.

How did your family react to the idea of you producing music?

All parents want the best for their children. For me, it was quite tough. They were not keen on the idea. But so far, they have been showing great support and help to get my music going.

Tell us about your studio. What DAW and some of the plug-ins that you use?

I have a small bedroom studio with MSI GE 2PE Apache Pro, installed with FL Studio 12.4, M-Audio USB interface, A Samson CO3U mic, Kurzweil monitors. I use some hardware instruments like Korg Electribe Music Production, Korg Kross Workstation keyboard, Korg RK-100s keytar, alongside some midi controllers like Akai MPK mini and M-Audio Trigger Finger Pro. Most of the plug-ins I use are from FL Studio itself, with Airdrums, Hybrid3 and my favourite plugin, Harmor VST.

Do you prefer analogue or digital sound production?

Both. But it depends on what kind of music I want to produce. I did record some guitars on some of my tracks.

Your musical style has been defined as pop, hip hop and electronic dance. However, you probably listen to all kinds of music, correct? So what influences you to create your beats?
I listen to all, I love universal music. I would Google a song and find out who the producer is. I like producers like Kanye West, RedOne, Norman Cook, Max Martin, Diplo, Afrojack, Zedd, etc. But, overall, I love a mix of genres and experimenting them. That is one of the reasons I love to collaborate with everybody.

I see. Now, you were actively performing in the local music scene in 2007. Could you tell me more about how that started and your experience working with other musicians/bands?
I shared a demo I recorded back home with a friend (Bernie) in college. He then introduced me to his sister (Carrie) and talked about auditioning at ‘Rentak Juara RTM’. I was thrilled after listening to her voice during our band practice but we did not make it through. It was probably because she was way too young during that time. She was 14! Amazing talent with a BIG voice! But later, we performed together in metal-synth-rock bands called ‘Lateral Faction’ and ‘Solemn’. It was a great experience. I got to expose my talents to many different audiences in Kuching back then.

Besides that, you also formed your own project band – The 14th Project – in 2008 and released a demo with singles like ‘Goodbye to You’ and ‘Kesempurnaan Cinta’. Could you tell me more about that?
It was actually my project band before I proceed as a solo artist. I used Sony Acid Music to produce our tracks at that time. There were a lot of versions and demos of our songs. Maybe you can Google them. It was my earliest works that sounded really bad. I was so noob while producing those songs during that time!

I think you have gotten better. You were nominated in several music categories – ‘Lagu Borneo Paling Popular’, ‘Artis Solo / Band Borneo Paling Popular’, ‘Artis Harapan Borneo’ in Anugerah Carta Borneo Era 2011 for the song ‘Sang Mentari’, and ‘Best Electronica/Dance Song’ in VIMA 2011 music awards. And won the Anugerah Carta Borneo Era FM Sarawak (Best Lyrics) in 2012 for the song ‘Harapan’, and a Silver Award in VIMA (Voice of International Music Award) in 2014 (Best Genre Bender) for the song ‘Lagu Ini Hanya Untukmu’. How do you feel about these accomplishments?
It took me a while to believe all the hard work had paid off. I don’t really like to be praised as I don’t feel like I have achieved enough. There is more work to go for, but I do appreciate the support from everyone who has been pushing me forward. 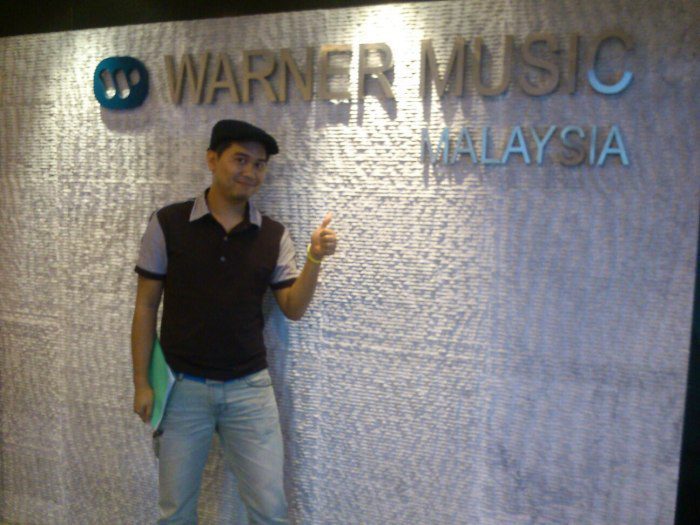 After the many collaborations and the awards that you have won, you stumbled into mainstream prominence which led to you being signed under Warner/Chappell Music (Malaysia) to compose original songs for other artists, globally. Are you still doing that?
Yes. I recently continued my contract for 3 more years. I am hoping to work and collaborate with more talents from around Malaysia and worldwide. WCM (Warner Chappell Music) is actually my publisher, to copyright and protect my works. That means I can still work with whoever as long as they agree to split the royalty percentage. Sulu Sarawak, a brilliant songwriter was the one who helped me to get to WCM back then, after so much struggling to look for a publisher. See, I cannot hide the truth. I have been the victim in so many stories. It is probably because they wanted money more than music, and I was tricked so many times – my music was not getting paid, worst; stolen.

That is the ugly truth. But you managed. Now, that aside, I am sure you learned a thing or two from that, like revenue and royalty statements?
Let me put it like this; imagine your music is your property with some houses on it. The houses are the radio stations. The people in them are the listeners. Do you think the houses and people are staying there for free? They will pay the rent to you if they want to stay there, and more if for a longer period. That is how it works. People pay you for ‘renting’ your music on the radio. You will get the royalties for how many times the song got played on air.

Right. This is something many must take note, indeed. So, what is your philosophy concerning your own work?
I would like to create something that I love and make you fall in love with it too. Like buying a perfect gift. 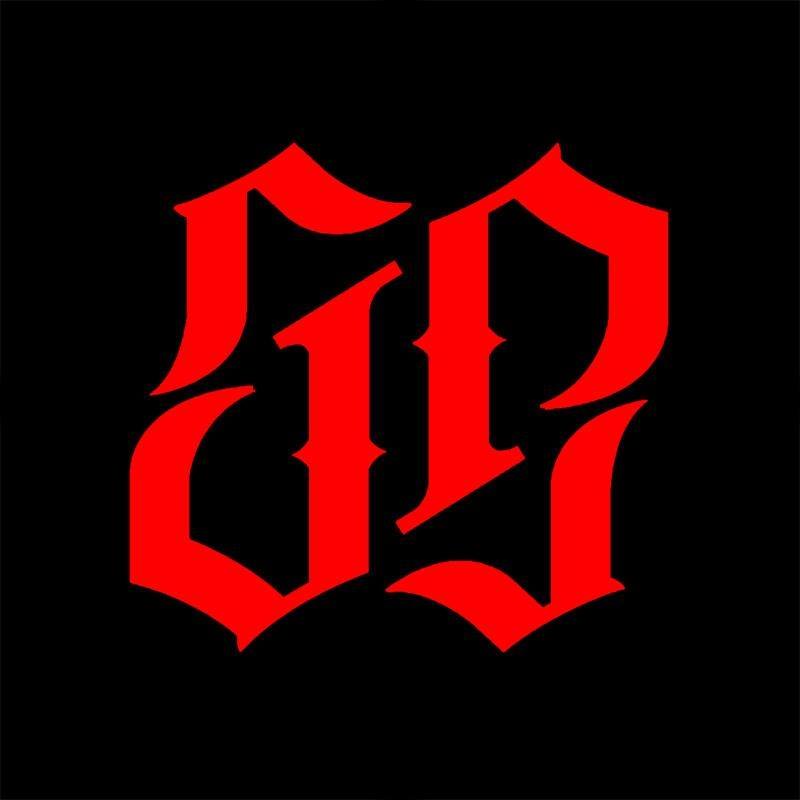 Do you ever find yourself struggling as a creative? In the sense of music direction.
For me, I do stuff during late nights and early in the morning where inspiration would usually come. Sometimes, I have to take a break by watching movies and play games like Dota 2. Whenever an idea pops up, I usually record it on the audio recording app on my phone. Every idea is precious. Sometimes it takes 2 years to develop a song. I had to change and update the sound every now and then to make it more complete.

Do you think about the relevance of your music before you make it?
I like to update myself with sound designing properties. It is not about the trending genre but the sound you should develop to make it ‘yours’.

Right. You have been around for a while. A decade at least. How do you see the current state of the local music industry? (Mainstream and independent.)
So far, we are still left behind with ideas. For example, vocal sampling. I did vocal sampling in my song called ‘Mencuba Lagi’ 5 years ago. Now you can listen to top radio hits with lots and lots of vocals sampling. Though digital sampling has been in existence since the 1960s.

Music and graffiti go along really well. By the way, here’s something you didn’t know.

Read the entire interview here! Follow Galvin Patrick on Facebook, Twitter, Instagram, and Spotify. Purchase his latest single ‘Cantik’ at iTunes. Are you a musician and wanna be featured? Email us at [email protected]