Have a bloody Christmas with Deric Gan’s Richard III

As the curtain slowly falls on 2016, which marks 400 years since the existence of William Shakespeare, The Actors Studio Seni Teater Rakyat in collaboration with MUKA Space is set to go out with one last hurrah, by staging Richard III at Kuala Lumpur Performing Arts Centre (klpac)… in Mandarin.

The Shakespeare 400 Festival, which has been celebrated since the start of the year with numerous performances inspired by the bard’s most memorable works, is not quite complete without this tale of the scheming hunchback, Duke of Gloucester.

The desire to become king leads him to go on a cheating and killing spree that has since become the stuff of legends.

One of the bard’s earliest play; Richard III, is in fact, based on the once alive persona of King Richard III of England. (The powers that be at the time were still working to define ‘Sedition’ kot) 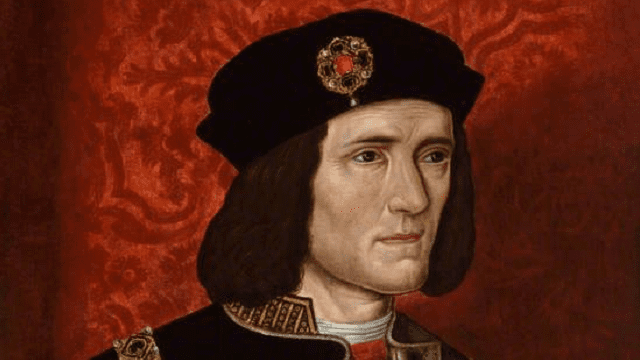 Set in the 1480s, the story of Richard III’s rise to power begins following the death of his brother, King Edward IV.

Written in 1592, the ingredients of the play is a recipe of Shakespeare’s favourite; comedy, death, tragedy, curses and of course, blood.

With Christmas on the horizon, you might think twice whether it is palatable, which is why we have come up with a list of reasons to convince you.

If you miss this, you’ll basically have to wait for another 100-years – a bloody long time – to catch a Shakespeare play! You might think, “Klpac will prolly stage Richard III again in the next year or two…”

Why is he so busy? Because, he is too busy planning and churning out more award-winning creative works lah!

Primarily focusing in historical plays, Deric is renowned for being bold in the usage of props and sets. This time around for Richard III, Deric uses only one type of prop; tires.

Those posters with splashes of blood.. err.. I mean paint you see splattered on the face of each cast member, is the brainchild of klpac’s graphic designer Joel Wong and the handiwork of Dominique herself. But the one who would truly give life to Deric’s play is the award winning lighting designer, Amelia Tan. Since 2013, Amelia has consecutively bagged a total of four awards for the best lighting design at the ADA Drama Award.

Adding on to the creation of the mood is composer & sound designer, Lee Yueh Yi, who is also recognised for coming up with the best original music at the ADA Drama Award in 2012.

Each actor in the show has bagged one award or another.

The proof is in the pudding.

5. The play has surtitles!

Ahh thanks to technology we have surtitles (no, not subtitles, but suRtitles. Yes, it’s an actual word). There will be tiny white fonts in English and Bahasa Malaysia, strategically placed for us all to appreciate theatre together, regardless what language it’s in.

Richard III is no different. The good people at klpac has gone to great lengths to ensure that being a non-Mandarin speaker, is no hindrance to enjoy Deric’s play.

There you go, five solid reasons why you should be in klpac between December 22 until 25 to catch Deric’s take on one of history’s most ruthless kings. In any case, it’s an interesting way to wash down the good ol’ holiday spirit.

Richard III will be on stage from December 22 until 25 at the klpac. Call 03 4047 9000 or head over to www.ticketpro.com.my to get your tickets! Have a show coming up, send us details to [email protected]